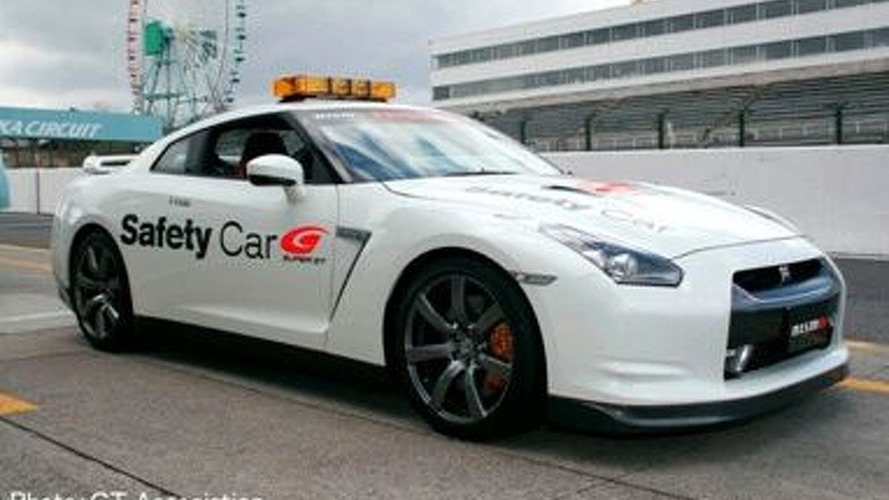 Series kick off this Sunday

Nissan and nissan Motorsport International (NISMO) today announced that the new Nissan GT-R will feature in the Super GT 2008 Series as the official pace car.

This year also marks the return of the Nissan GT-R GT500 in the GT Series, the 493 hp race car weighs in at 1,100 kg and will be driven by five drivers spread over four teams.

This Sunday, March 16, we can finally see how well the new GT-R GT500 ranks against the competition at the Suzuka Circuit in Japan.

Before the race starts Nissan will hand over the new pace car during the opening event, alongside the new GT-R Pace Car Nissan will bring some past GT-R race cars (the 2003 XANAVI NISMO GT-R, 1996 NISMO GT-R LM Clarion and 1990 Calsonic Skyline). The old GT-R's will do some demo-runs together with the pace car after the presentation ceremony.