Much like the Toyota Camry, the Honda Accord is all-new for 2018.

SUVs have been seriously eating into sedan sales for a few years now, but Honda is confident the Accord still represents a viable business case. After all, over the past four decades, the company has managed to sell one Accord once every two minutes in the U.S. That’s quite the achievement and it brings the total to a whopping 13 million. Therefore, the midsize sedan still has what it takes to grab a piece of the market in its battle with the likes of the 2018 Toyota Camry, Ford Fusion, and the Chevy Malibu.

It has a fresh new look both inside and out, more technology than ever, and a four-cylinder-only engine lineup. Yes, the V6 is gone as buyers will only be able to go for either a 1.5-liter with 192 horsepower (143 kilowatts) and 192 pound-feet (260 Newton-meters) or a larger 2.0-liter borrowed from the Civic Type R and rated at 252 hp (188 kW) and 273 lb-ft (370 Nm). Both of them are turbocharged and come to replace the old naturally aspirated 2.4-liter unit and the 3.5-liter V6, respectively. Depending on engine and trim, Honda will sell you the Accord with a six-speed manual, a continuously variable transmission, or a newly developed 10-speed automatic.

In terms of size, its wheelbase has been stretched by 2.16 inches (5.4 centimeters) and the body has been slightly widened by 0.39 inches (1 cm). Despite the longer distance between the front and rear axles, the car is actually shorter overall by 0.39 inches (1 cm) as a result of shrinking the overhangs. That’s a win-win situation as not many people are fans of long overhangs while almost everyone appreciates a longer wheelbase since it grants superior legroom. 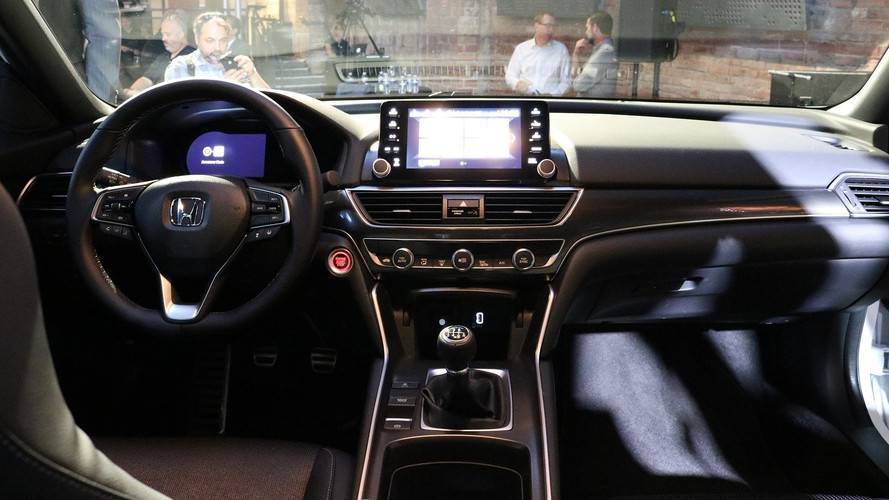 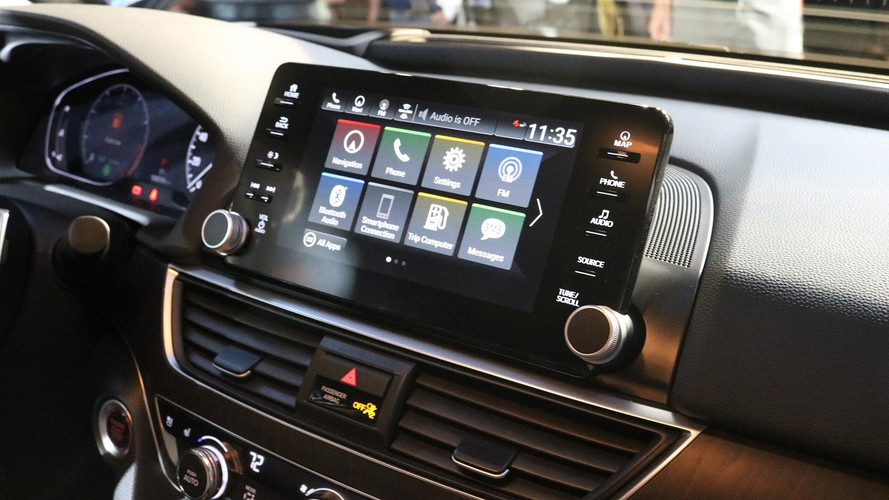 Set to be sold exclusively with a front-wheel-drive layout, the new, lower Accord will be available strictly as a sedan since the coupe is being phased out due to a lack of demand. While a hybrid version is in the works, you won’t be able to plug it in and recharge the battery. Arriving this winter, the thriftier derivative will have the battery pack underneath the trunk floor and that means it won’t hamper the cargo capacity at all compared to the conventional model. In addition, the hybrid system itself has been upgraded, but we’ll have to wait for more details.

People shopping in this segment will be happy to hear that pricing won’t change too much. A slight increase over the outgoing model is expected, so the base model will cost you a little more than $22,455 MSRP price tag of the 2017 Accord LX while the hybrid is going to command a minor premium over the base $29,605 MSRP 2017 Accord Hybrid.

Honda will kick off sales of the all-new 2018 Accord in United States this fall.