TVR Drops Another Teaser Of Its V8, 200-MPH Sports Car 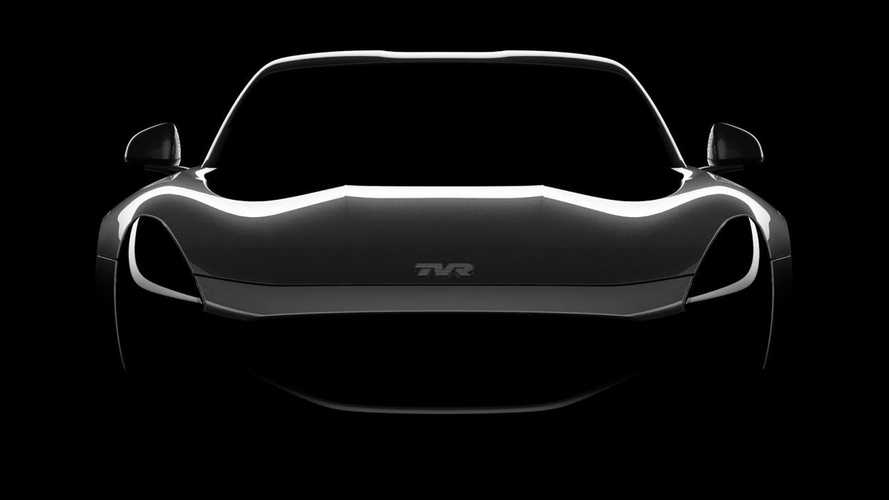 The first new TVR in 12 years will be unveiled in September.

TVR has had its ups and downs in recent times, but now it’s ready to get back in the sports car game with an entirely new model. We’ve seen the side profile with the menacing exhaust tips in a recent teaser and today another piece of the design puzzle is falling into place. The latest official image from the reborn British marque reveals the retro-flavored front fascia in line with models of the past – Griffith springs to mind.

Speaking of “Griffith,” that might just be the name of the new model considering a recent trademark registration revealed TVR has completed the necessary paperwork to claim the moniker. We will know on September 8 when the car will be unveiled in full at the Goodwood Revival.

When it will debut, TVR’s all-new model in 12 years will feature a naturally aspirated 5.0-liter V8 engine from Cosworth hooked up to a six-speed manual transmission. Developed in collaboration with Gordon Murray Design, the vehicle will do 0-60 mph (0-96 kph) “comfortably” under four seconds before topping out at 200 mph (322 kph), according to Gordon Murray himself.

TVR is keeping up with the times by deciding to go with a digital instrument cluster and a touchscreen for the infotainment system. That being said, Gordon Murray points out they’ve decided not to install too many electronics to avoid reliability issues that might occur in the long run and out of pricing concerns. “We’ve used ultra-reliable components and then ‘bespoked’ them to TVR’s need,” he added. Rust won’t be an issue as the vehicle has been subjected to accelerated salt water corrosion tests to make sure it will not be plagued by the same problem of TVRs from yesteryear.

Aside from coming out with a road-going car, TVR also wants to race at Le Mans in the foreseeable future.