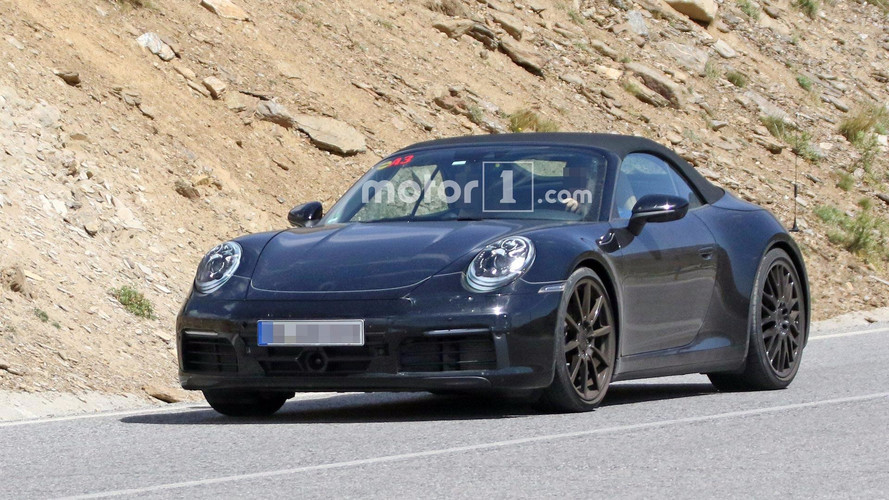 These spy shots show two variants of the next 911 under development.

We last saw the next-generation Porsche 911 Cabriolet when the droptop was testing in a snowy forest. A new batch of spy photos reveals the convertible under development in a more appropriate place – a sunny mountain road in Europe.

The next-gen model is still identifiably a 911 and is an attractive evolution of the current 991-designated model. Up front, the fascia features ultra-thin LED running lights. In profile, the roof has a sleek shape even with the top up. The curvaceous fenders are a welcome alternative to the angular styling that many sports cars use today. At the back, these photos highlight the active spoiler that spans the entire rear. It sits just above the Mission-E-inspired taillights that also stretch across the back end. A concealing panel along the side hints that the lights wrap around the rear.

These images show two models of the Cabriolet under development, possibly the Carrera and more powerful Carrera S. One car has dual exhausts exiting from each side of the rear. The other vehicle has a pair of single pipes that are closer to the center of the tail.

As with the current model, turbocharged engines would come on even the lowliest versions of the 911. Power likely grows from the 370 horsepower (276 kilowatts) that comes from the base trim of the current 3.0-liter flat six.

We expect the next 911 to debut the latter half of 2018. Before then, Porsche has one more variant of the current 911 left to premiere. Spy photos show the company developing a refreshed 911 GT3 RS that borrows some of the styling cues from the GT2 RS. Rumors suggest that it could use a new 4.2-liter naturally aspirated flat six with between 520 hp (388 kW) and 550 hp (410 kW). 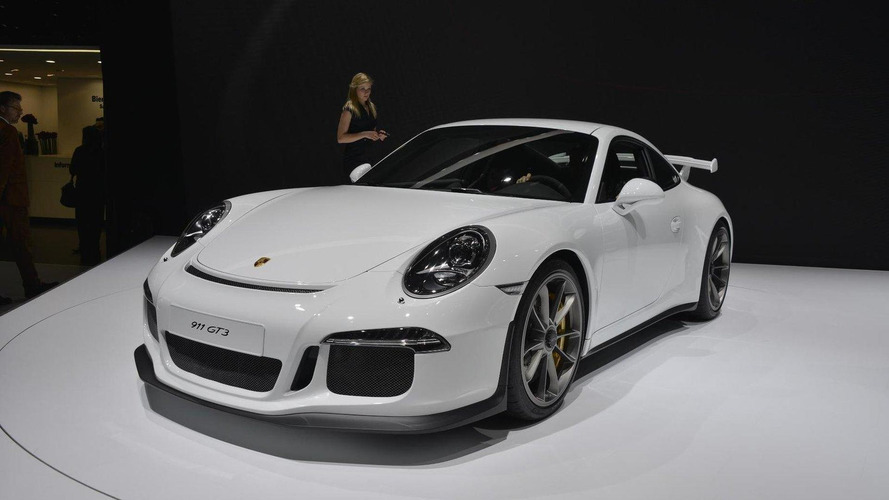