6 More Things To Know About The 2018 Honda Accord 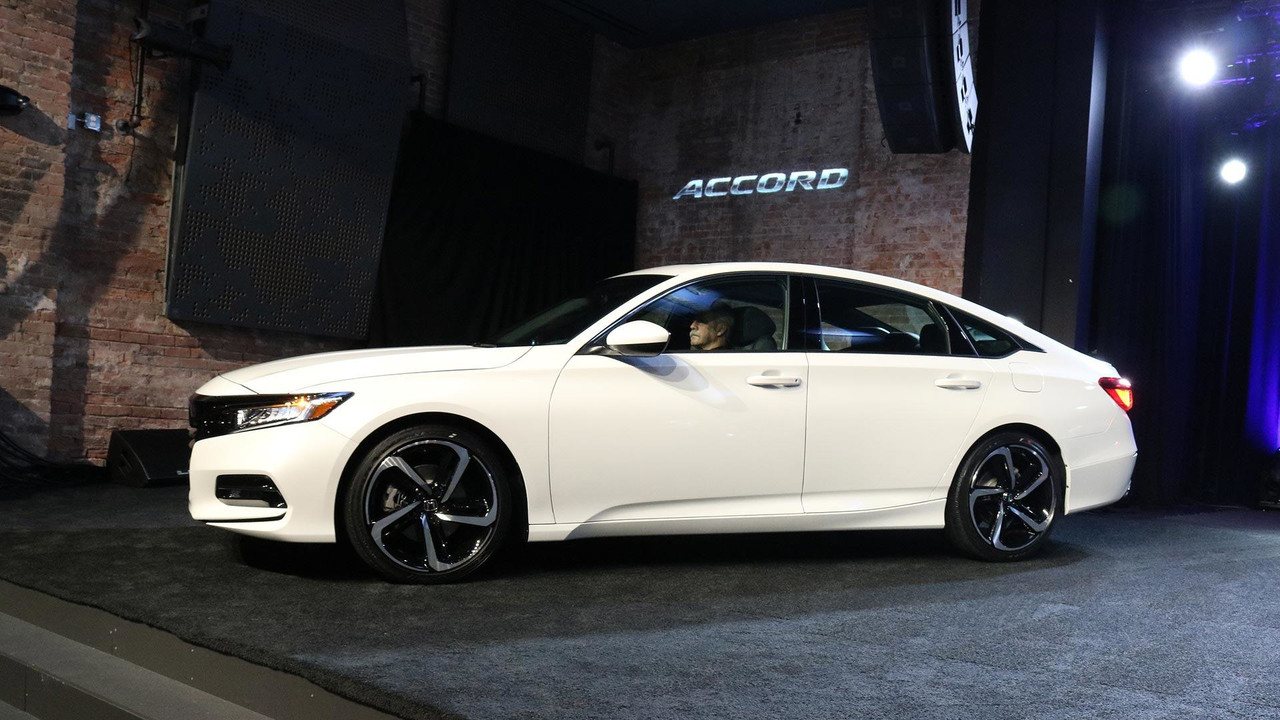 No coupe, no plug-in hybrid, no all-wheel drive.

Just how popular is the Honda Accord? Well, if you averaged it out, all 13 million of them sold in the U.S. over the past 41 years equates to one Accord sold ever two minutes. That makes the task of redesigning the car hugely important. Here are a few more things you should know about the all-new 2018 Honda Accord.

1. There’s no more coupe because it wasn’t very popular

With the outgoing Accord’s coupe body style accounting for just four percent of sales, Honda decided to axe it for this tenth-generation car. “The market has changed,” says Jeff Conrad, senior vice president of the Automobile Division of American. “Coupe sales have been declining a little bit … The coupes today don’t represent a big share of sales.”

2. There’s still a manual even though it’s not very popular

In a world with fewer and fewer stick-shift cars, especially in the midsize sedan segment, why does the Accord still offer one? Conrad says it’s because Honda believe in offering fun-to-drive cars, especially ones with manual gearboxes; he points to the presence of manual options in the Civic lineup, including the sporty Si and Type R variants. “We’ve been saying we want to save the manuals,” he says, allowing Honda to cater to every type of shopper: “Whatever the customer wants, we’ve got, we can meet their demands.” But manuals made up just four percent of all outgoing Accord sales, the same low percentage as the coupe variant. Still, Honda notes that about 20 percent of the Sport trim level was sold with a manual.

Exact sticker prices won’t be revealed until closer to the car’s on-sale date this fall, but Conrad hints that we can expect them to fall right in line with other midsize sedans. “It is a super tight market,” he says, “So we’re going to keep that in mind when we set the ultimate price.”

4. There’s still a market for sedans

You may have heard that crossover sales are booming, so why launch a new sedan? Conrad believes that the somewhat stagnant segment is primed for a new entrant. “There haven’treally been any new entries in a couple of years,” he says. “We think that this addition of new product is gonna make people stop and look” at midsize sedans, potentially boosting sales. He expresses optimism that Honda can still get buyers to consider traditional three-box sedans, but still acknowledges that consumer preferences are changing: “Can we stop the shift of the sea? We might be able to slow it down a little.”

5. Honda considered all-wheel drive, but decided against it

“It was considered in the development phase,” says Conrad, but there are two pretty straightforward reasons for not fitting AWD to the new Accord. First, it would have meant compromising other parts of the car’s platform, such as reducing interior space. Second, Honda already sells plenty of AWD crossovers. “We thought that this was the best platform given that we have a vast array of all-wheel drive vehicles,” Conrad says.

6. The hybrid will be much more practical, but not a plug-in

Honda offered precious few details about the 2018 Accord Hybrid today, but said that the battery pack has been relocated under the trunk floor so you get exactly the same trunk space as in the sedan. Conrad also says that the two-motor drive system has been upgraded, without offering many more details. The hybrid will debut this winter, a few months after the standard turbo models. Conrad says there are no plans for a plug-in hybrid Accord this time around, pointing on that shoppers looking for that type of vehicle could buy the Clarity Plug-In Hybrid instead. The hybrid is a very poor seller, averaging about 1,800 cars – or less than one percent of the total mix – per month.