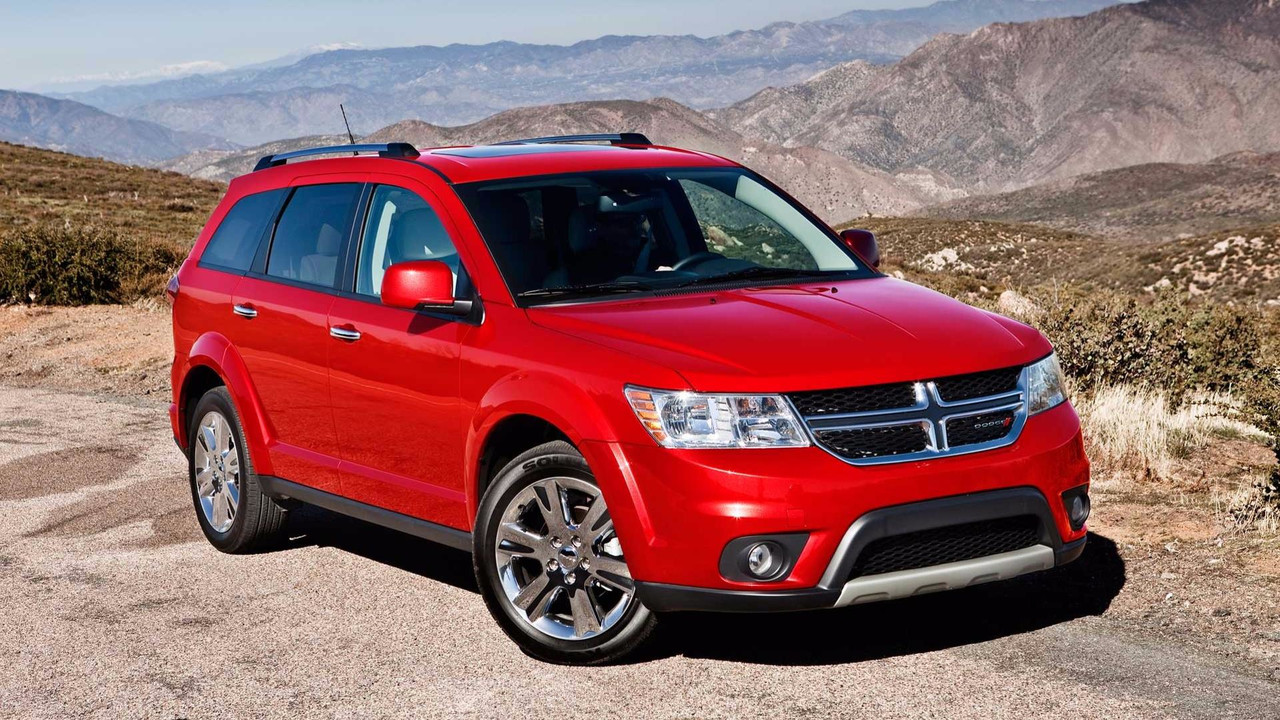 A separate recall for alternator issues affects another 442,000 vehicles.

Fiat Chrysler Automobiles is recalling an over 800,000 vehicles in two separate recalls that involve potential airbag and alternator problems. You might be expecting more bad news for Takata right about now, but this time the airbage issue isn't with faulty inflators, or even with Takata at all. FCA basically says faulty wiring in it older Dodge Journey crossover could cause the driver side airbag to unexpectedly deploy.

Specifically, the airbag recall includes 363,480 Dodge Journeys built from 2011 through 2015 and sold throughout North America. Among the total affected vehicles are 120,336 sold in Canada, and 54,072 in Mexico. Outside the North American sector, FCA has identified an additional 232,965 Fiat Freemont crossovers from 2011 through 2015 with the same potential hazard, which are also subject to the recall.

The specific problem lies with wiring in the steering column which could chafe against steering-wheel trim and, over time, cause a short circuit. According to FCA, this could lead to a second short-circuit, which could potentially cause the driver airbag to deploy.

FCA says there could be warning signs that might indicate a problem with the wiring prior to airbag deployment. The short circuits could cause the air bag light to come on, along with random windshield wiper operation, non-functional switches, or all of the above.

There have been no known accidents or deaths resulting from this potential issue, but FCA does say it’s aware of five minor injuries that could be connected to the wiring. Whether or not that involves airbag deployment is unclear.

FCA is also recalling 442,214 vehicles for alternator issues which could ultimately lead to the vehicle stalling. The problem lies with premature diode wear, notably in hot weather. This recall affects 2011 through 2014 Chrysler 300 and Dodge Charger sedans, as well as the Dodge Challenger, Dodge Durango, and Jeep Grand Cherokees from 2012 through 2014.

The manufacturer will be contacting affected customers via first-class mail to schedule appointments. Both fixes are free-of-charge; the airbag issue will be resolved with new wiring as needed while adding additional protective covering to the area. FCA hasn't provided details on the alternator remedy.

An FCA US investigation has discovered the wiring may chafe against pieces of steering-wheel trim, potentially causing a short-circuit. This may lead to a second short-circuit that is potentially capable of generating inadvertent deployment of the driver-side front air bag.

Such an event may be preceded by an illuminated air-bag warning light, unintended wiper operation, inoperable switches, or some combination thereof. Customers who observe such indicators should contact their dealers.

The Company is aware of five minor injuries that are potentially related, but no accidents.

Affected are certain 2011-2015 Dodge Journey crossovers. Also included in this campaign are an estimated 120,336 vehicles in Canada, and an estimated 54,072 in Mexico.

Certain model-year 2011-2015 Fiat Freemont crossovers, estimated to number 232,965 and sold outside the NAFTA region, also will be subject to the recall.

Affected customers will be advised by first-class mail when they may schedule service, which will be provided free of charge. Dealer service technicians will inspect and replace the wiring, as needed, while equipping it with additional protective covering.

FCA US urges customers, as always, to follow the instructions in their recall notices. Mailing is scheduled to begin next month.

Customers with questions or concerns may call the FCA US Customer Recall Information Center at (800) 853-1403.

Certain alternators supplied to the Company may be subject to premature diode wear following frequent load cycling, at or near maximum amperage, in hot ambient temperatures.

The diode wear may cause illumination of an instrument-cluster warning light and/or the presence of a burning odor or smoke. Customers who observe these warning signs should contact their dealers; continued vehicle use may result in engine stall.

FCA US is aware of two potentially related accidents, but no injuries.

The campaign is limited to vehicles equipped with electro-hydraulic power steering. Affected customers will be notified by first-class mail and advised when they may schedule service, which will be provided free of charge.

An estimated 29,625 vehicles of the same make, model and year will be recalled in Canada, as will an estimated 7,879 in Mexico, and an estimated 85,929 outside the NAFTA region.

FCA US urges customers, as always, to follow the instructions in their recall notices. Mailing is scheduled to begin next month.