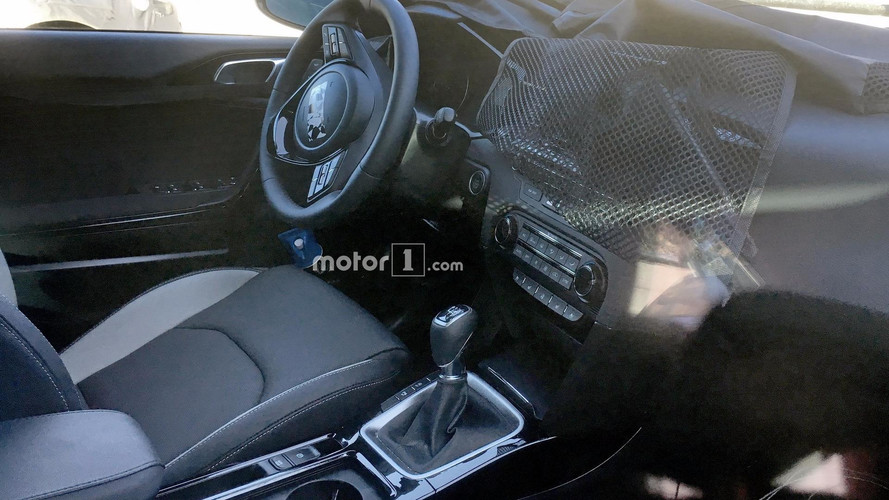 It seems the new cee apostrophe d will get a tablet-style infotainment. Is that good or bad?

The third-generation Hyundai i30 was unveiled back in September 2016 at the Paris Motor Show in the five-door hatchback guise and since then it has already spawned wagon, fastback, and N derivatives. Its sister model, the Kia cee’d, is only now gearing up for its world premiere likely scheduled to take place in a couple of months in Frankfurt.

Meanwhile, there’s still testing that needs to be done in order to get everything in order until production of customer cars starts. Our spies were able to immortalize a prototype of the five-door hatchback and it seemed to have all the production body panels in place, as well as the interior.

The fact that it was wearing a significant amount of camouflage indicates some big changes are in tow for the compact hatchback from South Korea. Despite the heavy mascara, we can easily observe a sleeker front fascia with the latest iteration of the corporate “tiger nose” grille and a new set of halogen headlights. Needless to say, the more expensive trims will be blessed with an all-LED setup as one would expect from a 2018 car.

The front bumper has also been subjected to quite a few changes and it now hosts horizontal lights rather than the round clusters of the outgoing cee’d. Looking at the side profile, the tiny window next to the A-pillar has been removed, while the one at the back aft the rear doors is still there, only this time it does not sit as high.

At the back of the prototype, wider taillights are peeking through the mesh camouflage and these appear to be less curved than before. The license plate holder has been moved from the bumper onto the trunk lid, which consequently means both these two body panels have been heavily restyled as well.

Stepping inside the cabin, it doesn’t come as a big surprise the third-gen Kia cee’d will feature a tablet-style display for the infotainment system considering sister model i30 (pictured above on the right) has a similar setup, much like the latest Rio supermini and its equivalent Stonic crossover.

Sitting below the display is the slot to insert the sat-nav’s map along with a couple of buttons for the hazard lights and to lock/unlock the doors. Underneath those we have a plethora of buttons arranged in three stacks that make us think of the Sportage. It’s a functional layout as the driver has access to most of the functions right away, but one might say the center console is a tad bit bland.

It goes without saying the new compact hatchback from Kia will take after the Hyundai i30 in terms of the hardware. Only time will tell whether that will extend to the beefy turbocharged 2.0-liter gasoline engine inside the recently revealed 155-mph i30 N packing a healthy 271 hp. Maybe today’s 204-hp cee’d GT will evolve to become a true hot hatch?