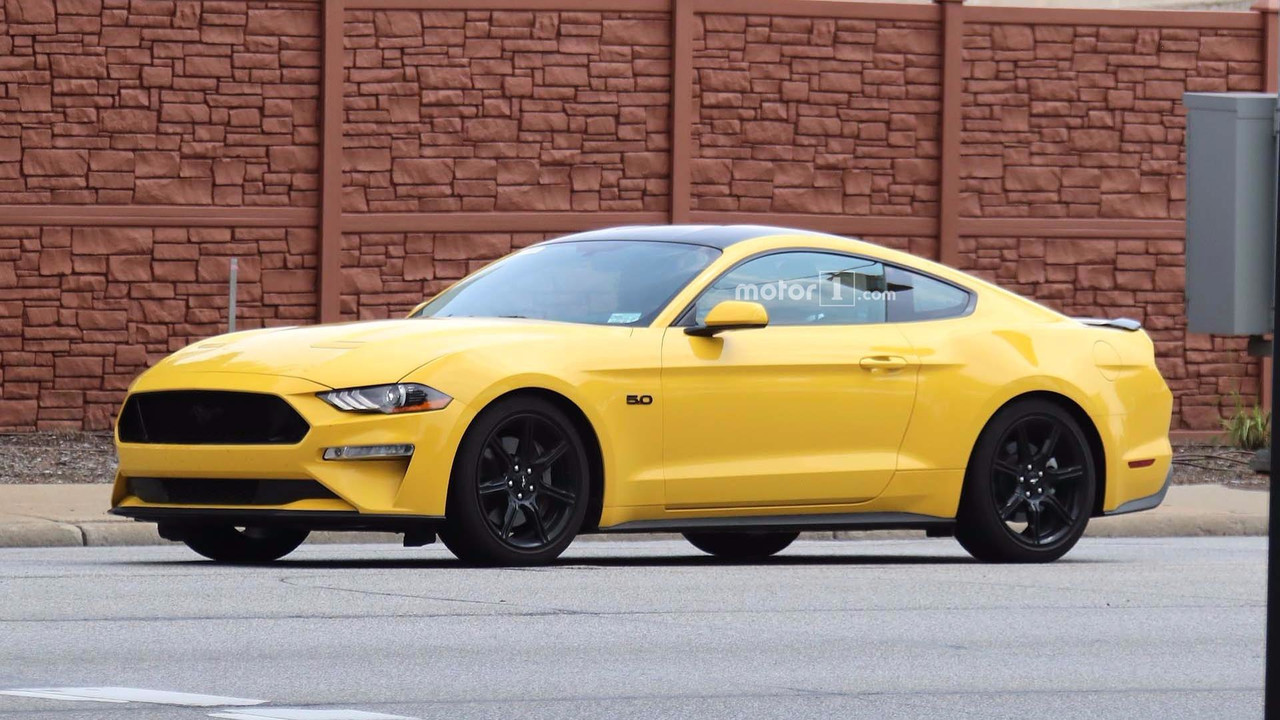 Ford loves to build Mustangs with all kinds of various add-ons and packages. That’s because Mustang fans love to buy them, and with a facelifted pony car available for purchase this fall, new packages are guaranteed. We just learned about the Pony Package that adds, among other things, a chrome corral for the pony emblem in the grille. Now, we’ve caught another package hiding in plain sight that will likely be called the Black Accent Package.

As to exactly what all this package will entail, Ford hasn’t said for certain. We do see black 5.0 fender badges with a blacked-out pony in the grille, and there’s a thin black spoiler on the decklid of this yellow test car. The wheels are obviously black, but less obvious is the blacked out GT badge between the tail lights. Also, upon closer inspection we see this Mustang also sports a black roof.

This supports the leaked 2018 Mustang order guide we saw a few days ago. If that guide is correct, the Black Accent Package will be available for both GT and EcoBoost models, with the latter getting a blacked out pony on the rear where the GT badge would normally be.

What’s unclear is whether this package can be combined with other appearance packages. We can see the EcoBoost Wheel and Stripe Package and the Carbon Sport Interior Package being a popular combo items, not to mention pairing it with the performance packages available to both models.

After getting trounced in sales last month by the aging Dodge Challenger, Ford would love to stack the deck in its favor for the facelifted Mustang’s official sales debut this fall. It would seem Ford is betting on black to help make that happen.