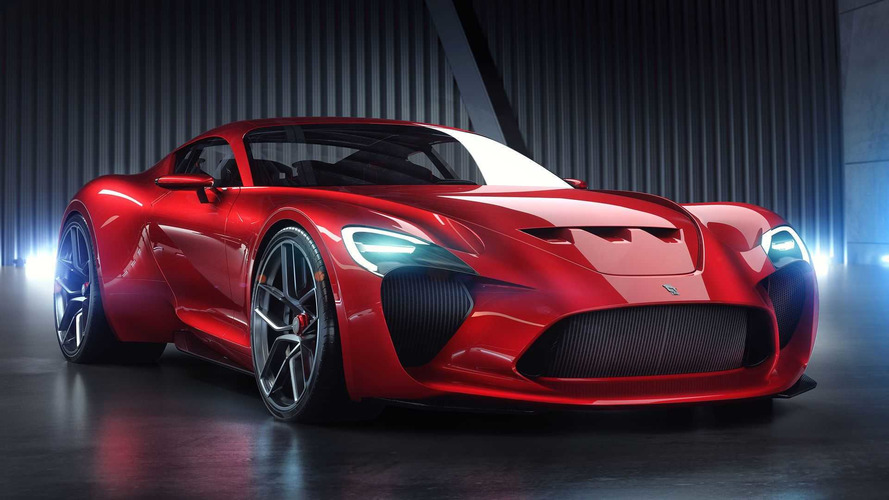 Everything from a Bugatti touring car to a Jaguar Le Mans racer.

We’re just about halfway through 2017, but already we've seen our fair share of stunning student and artist-designed concept cars that leave us longing production versions. Everything from an electric roadster, to British hypercars, and even a track-ready Jag.

Out of all the concepts and renderings we've featured thus far, these are the 10 options that you, the reader, has shared on Facebook, Twitter, and other various social media outlets the most. We've combined all 10 of these vehicles into a single list for your continued enjoyment. Take a look.

Check out even more unique concept cars and renderings on Motor1.com

Our most popular rendering, with more than 2,300 shares on social media, was the handsome and nostalgic BMW Z3 M Coupe Concept. Created by Finnish rendering artist Esa Mustonen, this modern interpretation of the iconic "Clown Shoe" blends modern BMW cues with the classic shape of the original. We'd love to see this one hit the production line.

Though Ferrari hasn't used its iconic 612 moniker since 2010, artist Sasha Selipanov, with some help from CGI rendering specialist Sergiy Dvornytskyy, has come up with a reason for its revival. Heralding back to the iconic 250 GTO, this handsome concept imagines a modern-day Ferrari 2+2 touring car, with some obvious supercar cues.

If we were to describe the Torino 380 concept in one word, it’d be "unique." Created by a team of designers that includes Argentinian rendering artists Fecund Davila, Marcelo Romero, and Lucas Basile, the Torino 380 concept revives the long-forgotten coupe and moniker, introducing a retro-futuristic vibe unlike any other vehicle on this list.

If the name Sasha Selipanov sounds familiar, you might know him for his work on cars like the Bugatti Chiron, and another concept on this list, the Ferrari 612. But one of his more popular creations, the Porsche 911 concept, re-imagines the iconic sports car with some handsome cues borrow from Porsche's Mission E Concept.

A new Tesla Roadster is coming – hopefully sooner than later. But before it does, artist Jan Peisert at Peisert Design has come up with futuristic interpretation of the proposed Roadster based on the Toyota FT-1 concept. Though it shares a number of familiar cues with the sports car on which it's based, the unique front fascia and smooth body lines makes it entirely a Tesla product.

The Bugatti Chiron is an impressive hypercar, as was the Veyron that came before it. But for those looking for something a bit more luxurious from the Bugatti lineup, they might want to seek out designer Arthur B. Nustas. The Type 57 T blends modern cues from the Chiron, with classic elements from the Type 57SC Atlantic to create the perfect touring car.

The P1 may be dead, but even McLaren admits that a newer, arguably better supercar is on the way as part of its "Track22" business plan. In hopes of speeding up the design process, student Raleigh Haire has imagined a worthy successor in the form of this unnamed concept. Like the P1 before it, it features a dramatic design, and would likely come with a hybrid powertrain.

Jaguar’s history on the track is one filled with success, but lately the company hasn’t done much – apart from Formula E – to revive that often forgotten prowess. Designer Serdar Soyal, then, has created a concept that could be the British marque's ticket back to racing. It's dubbed the SS-107 concept, and it blends classic cues from supercars like the XJ220 with modern racing technology.

Maserati’s dull lineup could get a kickstart courtesy of artist Sergey Dvornytskyy’s handsome Genesi concept. Drawing inspiration from the Gran Turismo and the Alfieri concept, the Genesi previews a potent new sports car that would look well at home in the Italian automaker's future range of vehicles.