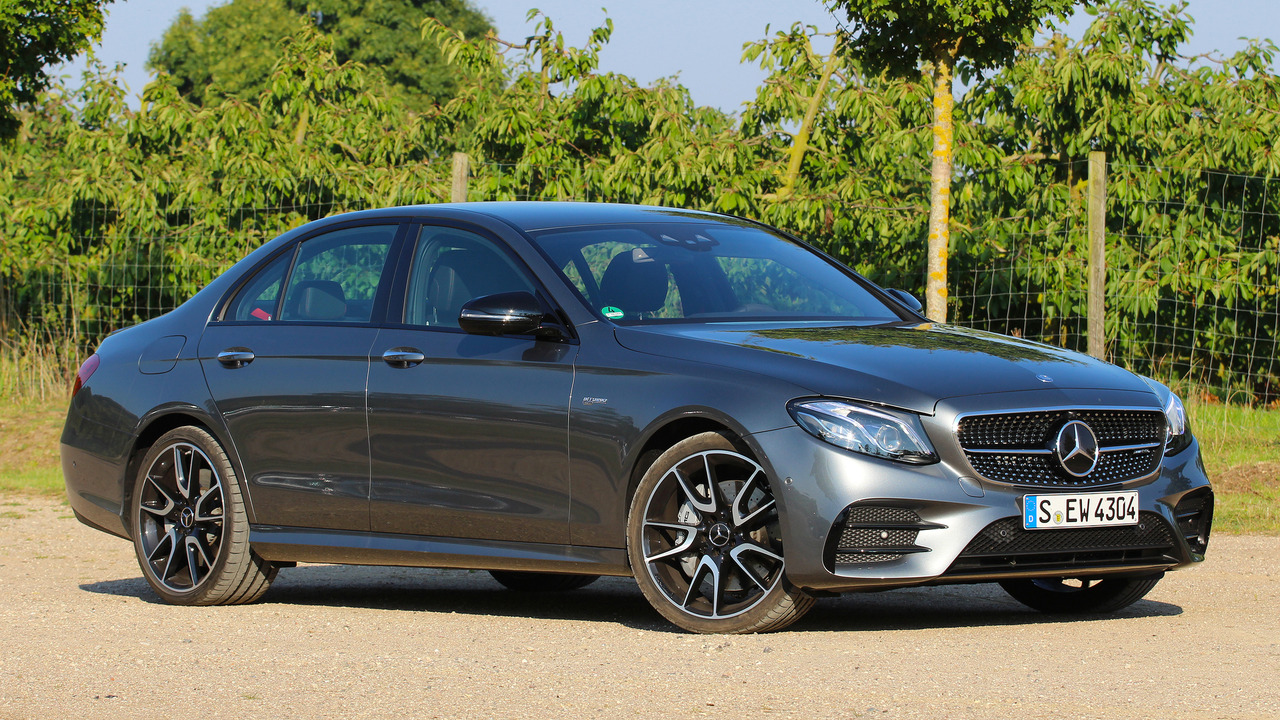 Up to 450 voice commands are available in 22 languages.

A premium model such as the E-Class doesn’t need to go through a mid-cycle refresh to gain new technology as Mercedes is polishing the posh midsize sedan regularly. The latest update focuses on the voice control, or as the German automaker likes to call it, the Linguatronic. Taking an “evolutionary leap forward,” the system can be used not just for fiddling with the entertainment system, but also with the vehicle functions. That’s a first for the E.

That means the driver will be able to use voice control to change the settings of the air conditioning, as well as for the various lighting and comfort functions. He or she can also activate the rear window heater via voice input. Not only that, but Linguatronic is now smart enough to understand commands for showing the speed limit, the car’s range, and also when the next service is due.

Depending on the E-Class’ level of equipment and the language, there are up to 450 voice commands and Mercedes has doubled the amount of available languages to an impressive 22. The Linguatronic stores not just the correct voice control commands, but also several hundred alternatives similar to the right ones. That way, there’s a big chance the car will understand the command from the very beginning.

Upon pressing the push-to-talk button, the display will show a few commands that you might want to use. Selecting the right command can be done quicker now as the driver will have the possibility to interrupt the car’s voice output in order to move to the next dialogue step. That should prove to be quite handy if you’re in a hurry. Mercedes points out the Linguatronic won’t react to a command with the same answer as from now on it will provide three to four similar sentences as a way to make it feel more human-like.

Elsewhere, the E-Class now boasts audible feedback from the touch buttons on the steering wheel, along with a more evolved ambient lighting system featuring 64 colors, three color zones, 10 color schemes, and a dynamic mode that will change hues. Moreover, rear passengers have two USB charging ports while closing the trunk can now be done by a “gentle push” on the lid. Rounding off novelties are two open-pore wood finishes, Nappa leather in beige/yacht blue, and a more affordable version of the 12.3-inch media display for those who don’t want to fork out the premium that comes with the Comand Online.

New on board the Mercedes-Benz E-Class: Intuitive understanding: taking voice control to a new level

Mercedes-Benz is further enhancing the performance of the LINGUATRONIC voice control system. Infotainment, navigation and – for the first time – vehicle functions can now be operated conveniently courtesy of a host of new, intuitive voice commands. The E‑Class will also offer even more attractive individualisation options in future. The new Audio 20 entry-level radio features a larger display, new infotainment software and the option of a widescreen cockpit. The equally new Mercedes‑Benz SD map navigation turns the radio into a high-end navigation system. Other highlights include online access and car telephony with fast LTE technology plus additional interior appointment options and ambient lighting with dynamic light scenarios.

The enhanced LINGUATRONIC voice control system is making an evolutionary leap forward on board the E-Class, opening up sophisticated new control options. For the first time, it allows not only the entertainment system but also vehicle functions to be controlled by voice command. These include the air conditioning functions, for example. When the vehicle is equipped accordingly, blower level, temperature and seat heating can be controlled conveniently by voice command, with no need for drivers to take their hands off the steering wheel or their eyes off the traffic. The same also goes for the rear window heater and various comfort and lighting functions. Another new feature enables the driver to call up a wide range of information – such as the date the next service is due, the current speed limit, the vehicle's range or the current date.

Finding the right words with ease

LINGUATRONIC uses commands which are incorporated in the software and is thus not reliant on an internet connection. In order to cover the vast range of control options, up to 450 voice commands are available, depending on the language version and the vehicle's equipment. The commands are designed to be as simple, intuitive and natural as possible, so that drivers will usually phrase the appropriate commands and questions instinctively. "Navigate to xy" is sufficient to launch navigation to the next destination, for example. "Call xy" triggers a call to the desired number and "massage me" initiates the seat's massage function. Voice control can also be adapted to the user's personal situation. If the driver's home address and work address have been saved as favourites, for example, the commands "take me home" or "take me to work" will prompt the navigation system to guide the vehicle to these destinations.

Several hundred alternatives are stored in LINGUATRONIC for each command, resulting in a high likelihood that the user will hit on the right phrase at the first attempt. By way of additional support, a "teleprompter" presents possible commands on the display as soon as the driver presses the push-to-talk button.

A new function can further speed up choosing the right voice command. This function allows the user to interrupt the system's voice output to halt the current dialogue and move on to the next dialogue step, for example. This makes voice control faster and more efficient.

Another new feature lends the voice control system from Mercedes-Benz an appealing human touch. The system avoids always reacting to a command with the same answer, instead varying its response between three or four synonymous sentences. This lends communications with the system a pleasant and almost human touch.

LINGUATRONIC has worked in eleven languages in the past. Eleven additional languages have now been added.

In addition to the standard-specification Audio 20 USB multimedia system and the high-end COMAND Online multimedia system, in future Mercedes-Benz will be offering a new variant of the Audio 20 system in the E-Class (€ 1011.50 incl. VAT) with a larger 12.3‑inch media display (basic variant 8.4‑inch) and new infotainment software. The new Audio 20 system can optionally be combined with an additional high-resolution 12.3‑inch display cluster (31.2 cm, resolution 1920 x 720 pixels, € 1011.50 incl. VAT) under a shared glass cover to produce a widescreen cockpit. The driver can choose between three different styles for the virtual instruments in the display cluster: "Classic", "Sport" and "Progressive". Previously, Mercedes-Benz has offered the widescreen cockpit as an interior highlight exclusively in the form of an option for the high-end COMAND Online multimedia system.

New infotainment software means that new connectivity packages will be available in future for the new Audio 20 system with large media display. Via Mercedes me, these packages cover functions such as the Concierge Service, Vehicle Monitoring for remote retrieval of the odometer reading, tyre pressure, fuel level and range for hybrid vehicles, and Vehicle Set-Up for activation of auxiliary heating, ventilation, pre-entry climate control and remote door locking.

A host of improved details

Other new features on board the E-Class include: