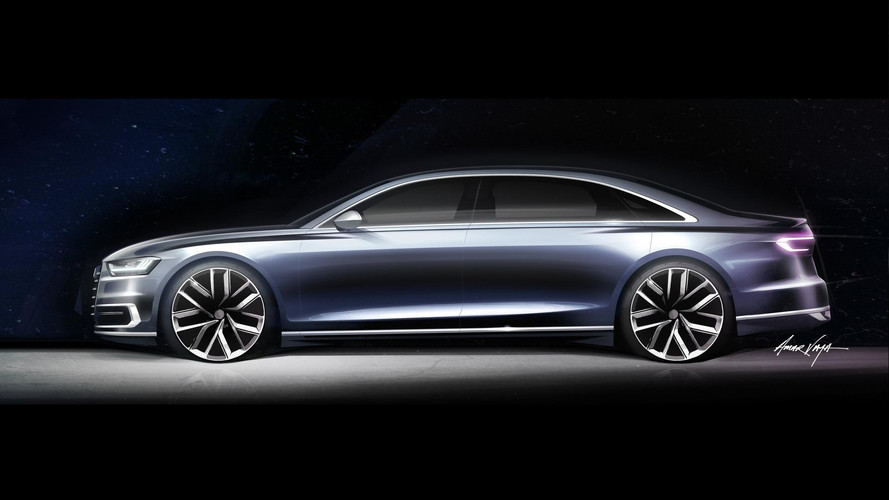 The plug-in hybrid E-Tron is expected to replace the S8 Plus.

With much fanfare, the all-new Audi A8 is finally here and already there are some spicy rumors concerning the hotter members of the family. We’re obviously talking about the S8 and S8 Plus dynamic duo. The two will soldier on with a biturbo 4.0-liter V8 engine, but with a twist. It won’t be Audi’s engine as the sporty fullsize sedans will switch to a Porsche unit borrowed from the latest Panamera.

In the S8, the engine will be slightly detuned as it won’t have the full 550 horsepower of the Panamera, with EVO saying output is going to decrease by roughly a dozen of ponies. No word on torque just yet, but it’s probably safe to assume it will go down as well from the 567 pound-feet (770 Newton-meters) in the Panamera Turbo.

Should you want an even faster S8, that role will be attributed to the Plus model. However, a name change could be in order as the same report mentions Audi might decide to sell it as an S8 E-Tron to denote it will have a plug-in hybrid arrangement.

The hardware is expected to be borrowed from the bonkers Panamera Turbo S E-Hybrid. Power? A monstrous 680 hp and 626 lb-ft (850 Nm) in the case of the Porsche whereas the S8 E-Tron will have slightly less, but still enough for some mind-blowing performances for a car of this size: sub-4s for the sprint and a top speed estimated at 190 mph (305 kph).

We honestly can’t imagine anything that would top that, so at least for us, it seems unlikely Audi will come out with an RS8 or something to that effect. The S8 E-Tron should be enough for 99% of the people shopping in this high-end segment. If you want that hybrid punch in something with a raised ride height, Porsche has already confirmed the next-generation Cayenne will be blessed with the same strong powertrain.

Logic tells us the S8 will be the first to come out, possibly in 2018, with the range-topping S8 Plus / E-Tron to arrive at a later date.