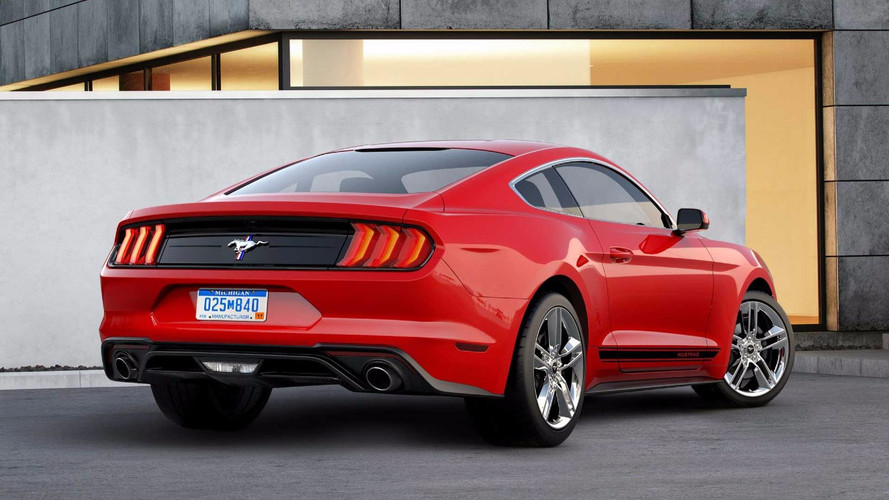 Technically it could work on any vehicle, but the the filing clearly shows the system installed on a Mustang.

Ford just may be onto something here. We’ve all seen Subarus and Volkswagens fitted with custom bicycle-toting roof racks or receiver-hitch carriers, even the wagon models which could easily fit a bike inside. Subaru has long marketed itself as the automaker for people who enjoy an outdoor lifestyle, and lest we forget, Volkswagen once sold Trek-edition cars that actually came with a mountain bike and the means to haul it.

Meanwhile, the rest of us biking fans who fancy a smaller sports car or convertible are left with two equally sucking options: Install a heavy receiver hitch on a car that will never tow a trailer, or worse, buy one of those trunk-mounted strap-down contraptions that inevitably ruins the paint despite all the promises to the contrary.

Ford, it would seem, has heard the cries of injustice. The automaker has filed a patent for what it’s calling a retractable bicycle carrier, and it looks both simple and brilliant. In short, two rails extend from the rear fascia of the car and are equipped with tie-downs to secure bicycles perpendicular to the car, just like a trunk-mount or receiver-hitch carrier. When not in use, the rails simply slide into the rear fascia for storage.

Though no specific vehicle mentions are made, the patent diagrams clearly show the system being used on a Ford Mustang. Within the background section of the application, Ford mentions how the carrier system would still allow people to access the trunk of a vehicle, or cargo areas of a sport-utility vehicle, crossover, or van. In other words, the company envisions this system being available across a wide range of cars. Still, a retractable bicycle carrier would be exceptionally useful on a small car such as the Mustang.

It’s important to note that a patent application is by no means a guarantee that such a system will ever come to fruition on a production car. That said, we really think Ford’s idea for this hideaway bike carrier is a dandy. It addresses an underserved market, offers an elegant solution, and it seems simple enough to implement. Hopefully we’ll see this nifty bicycle carrier on Blue Oval models in the near future.