For those who are bored of the Audi Q3.

Jaguar's global product marketing director Finbar McFall is giving nothing away when asked by Motor1 if the new Jaguar E-Pace small SUV will outsell today’s favorite Jaguar, the F-Pace mid-size SUV. “We don’t make predictions,” he says. Then, with a grin, adds: “But we genuinely believe it has every reason to succeed.” 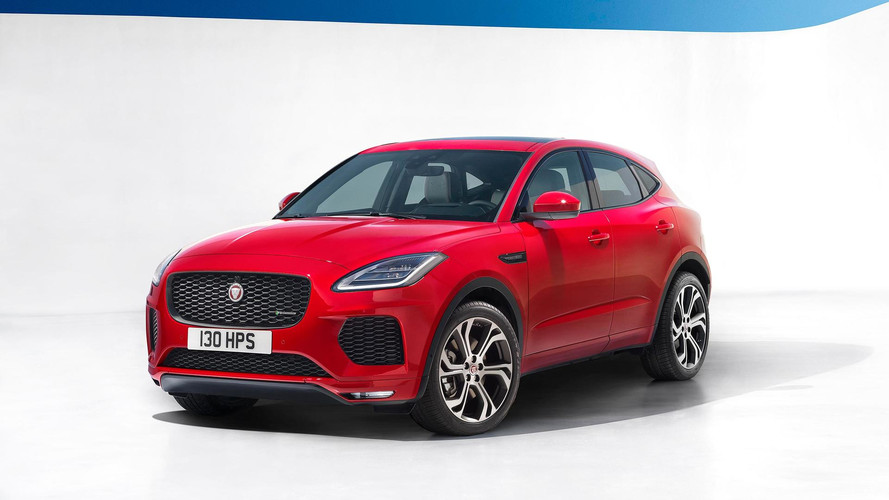 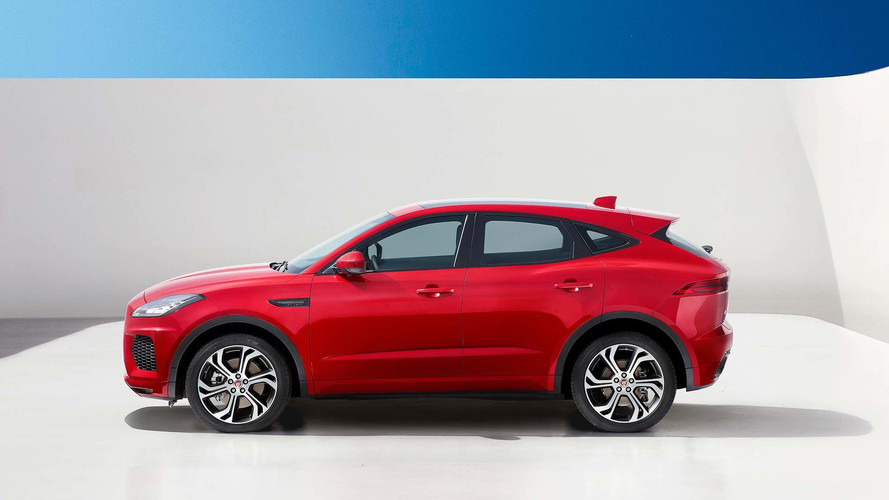 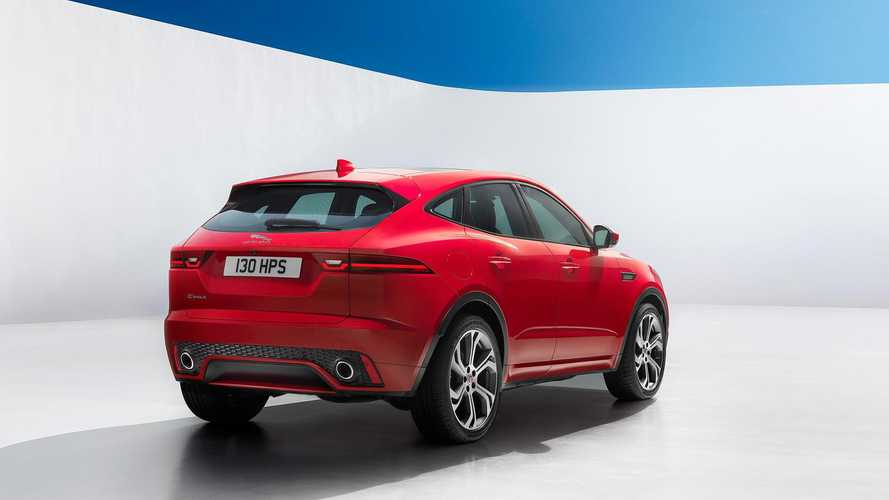 His confidence is well-placed. Revealed in London during yet another Jaguar launch extravaganza, with another Guinness World Record to the brand’s name for good measure, the E-Pace is Jaguar’s compact SUV take on the Audi Q3, BMW X1 and Mercedes-Benz GLA – but one that’s been created very much with its own character, rather than simply being a downsized F-Pace broadly similar in size to an Audi Q3.

Internally known as ‘the cub’ within Jaguar (with icons of mother and baby Jaguar cub on the windscreen edge to reflect this), the E-Pace is a transverse-engined, steel-structured crossover that's loosely derived from Range Rover Evoque architecture. It’s more than that, though: three years of development, and liberal use of Jaguar XF suspension hardware, has created a sporty SUV that, promises chief engineer Graham Wilkins, drives just as a Jaguar should.

It certainly looks like a convincing Jaguar. Instead of downsizing the F-Pace, Jaguar design director Ian Callum’s team have drawn from the F-Type sports car. The headlights are an obvious cue, as is the coupe-like window line with a ‘kick’ in its lower rear section, the bulging rear haunches and the option of 21-inch alloys – the biggest ever offered on an SUV in this sector.

So it has attitude? “Oh, it’s got an attitude to it, alright!” says Callum. “Its proportions, stance and lines express this as a driver’s car, while the interior offers true Jaguar levels of luxury and sportiness.” For the interior, we’d go further than that – the cabin of the E-Pace marks another giant step forward for Jaguar, after the disappointing look of the XE cabin, improved upon by subsequent XF and F-Pace models. 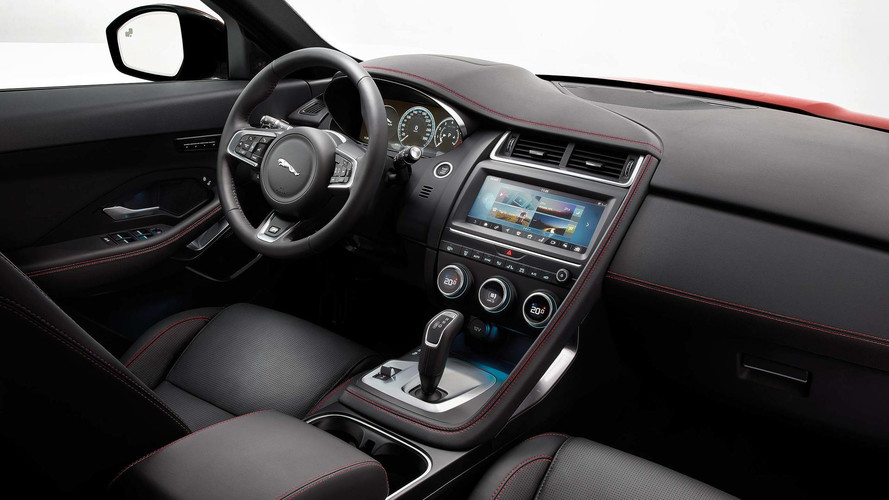 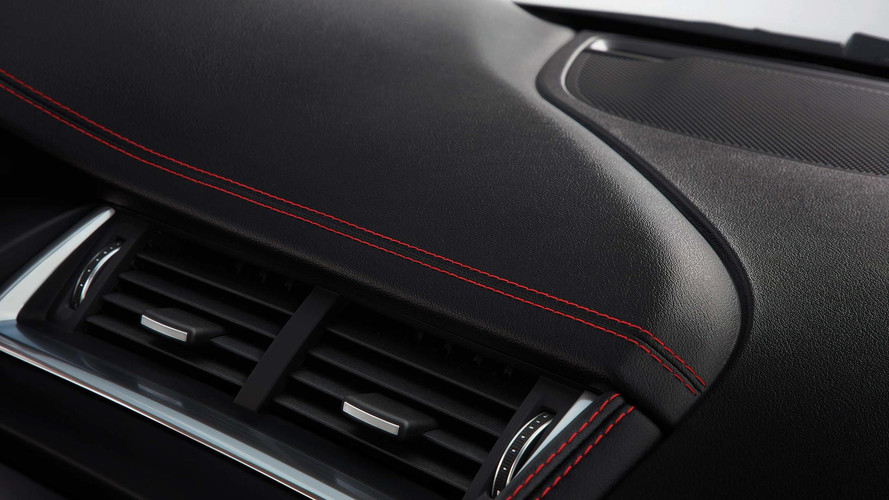 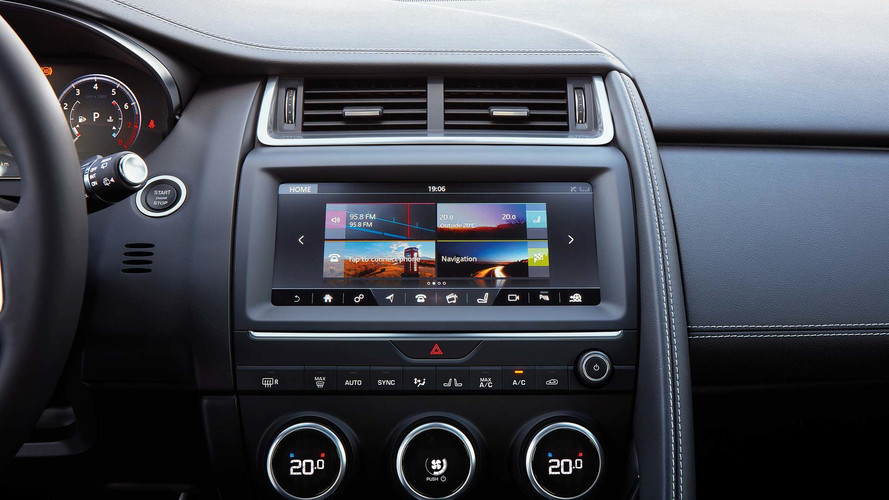 The E-Pace’s interior is Jaguar’s best contemporary cabin yet. Again, it’s F-Type rather than F-Pace influences, from the grab handle that wraps around the center console, to the steering wheel, to the pistol-grip automatic gear shifter. Attention to detail has been improved considerably and the use of contrast colors, trims and rich materials is excellent.

All E-Paces feature Jaguar Touch Pro infotainment as standard, a 10-inch wide capacitive touchscreen system ("it's as responsive as your smartphone screen" says McFall) that offers 4G connectivity, eight wi-fi hotspots and a suite of connected apps. It can be completed by a 12.3-inch TFT instrument panel, rather like the Audi Virtual Cockpit, and Jaguar’s offering next-gen head-up display as an option, too. 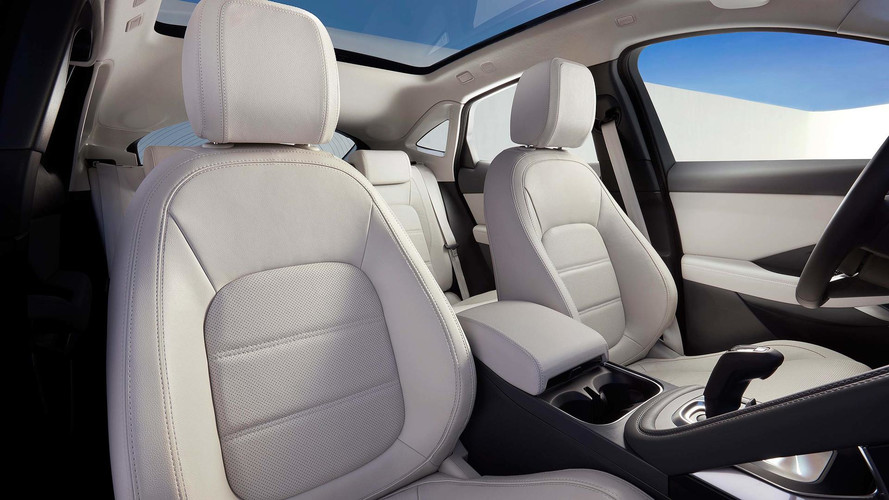 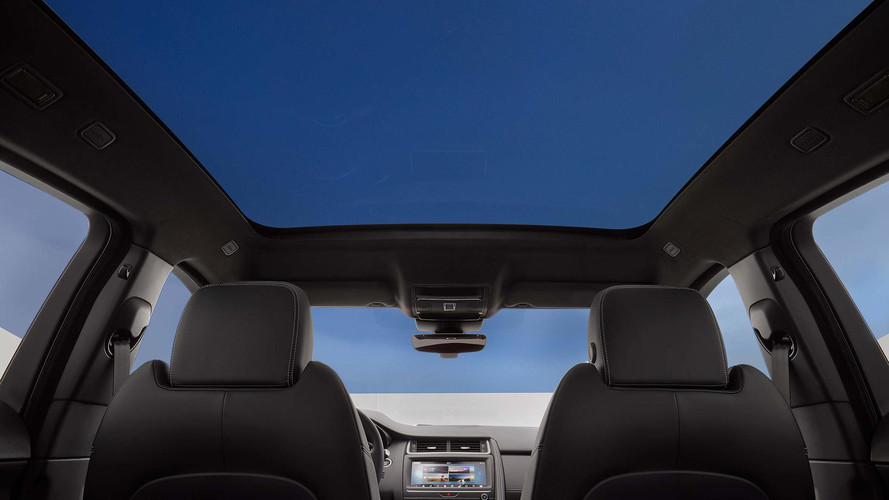 The rear is roomy, perhaps as roomy as the larger F-Pace itself. The wheelbase has been stretched compared to the Evoque, which helps, and Callum admits interior packaging was just as important a priority as sleek lines during the design. The rear offers 20.4 cubic feet of space with the seats up: that means you can get a suitcase, a set of golf clubs and a folded pushchair in all at the same time, with space to spare.

Under the aluminum hood is a choice of five engines for Euro market models: three diesels and two gasoline mills. All are 2.0-liter four-cylinder Ingenium motors, built in Wolverhampton, England. Diesel includes a choice of 150, 180, or 240 horsepower, while gasoline engines are rated at 246 and 296 horsepower. As you would expect, buyers in North America will only have the gas engines, but 300-horsepower in the smallish E-Pace should be quite lively.  Most will be sold with a nine-speed automatic gearbox, but a six-speed manual is available. Most will also be full-time four-wheel drive, but the base diesel has a front-wheel-drive option. 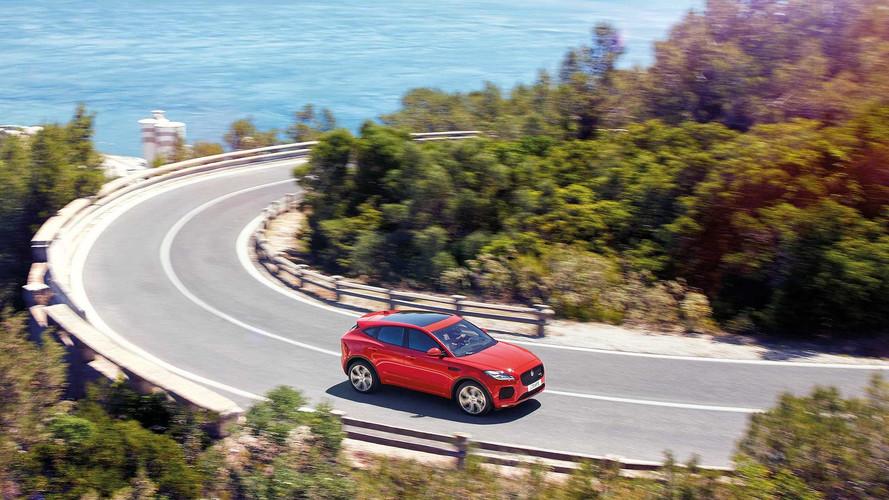 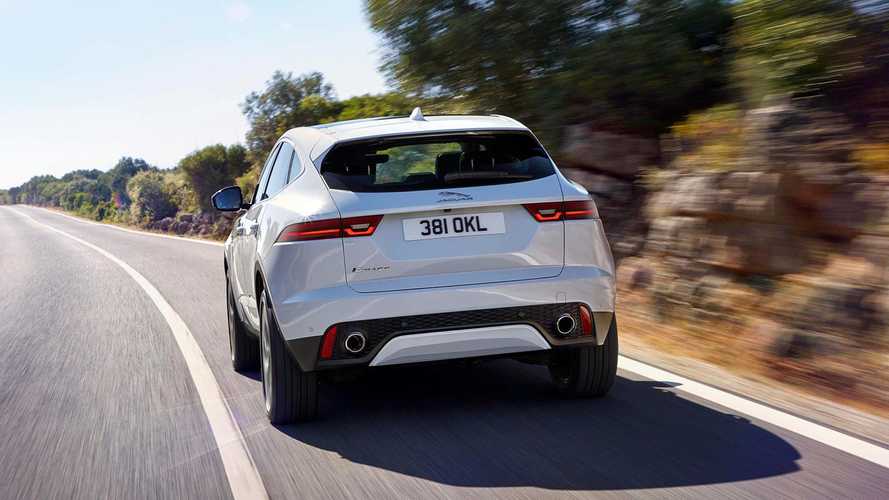 The normal four-wheel-drive system turns, on more powerful models, into Active Driveline tech, which can distribute power individually to all four wheels. Jaguar says it’s been set up deliberately to give a rear-wheel drive feel, which is why the engineers are so excited to get us behind the wheel of the flagship model – the version that does 0-60 in 5.9 seconds and is electronically limited to 151 miles per hour.

The core model range will be based around two variants, a standard E-Pace and the sportier-look R-Design seen in the launch images with a more aggressive front and rear. On top of this, three specification packs will be offered, plus the different engines and a full range of options. Jaguar has intentionally kept the base offer straightforward, so buyers can save the decision-making process for the optioning rather than initial choosing.

Jaguar already has the configurators for the new E-Pace live on its international websites. In the U.S. pricing starts from $38,600, and ordering will open later in the year (dealers are accepting deposits from eager customers, one insider told us). If you’re bored of the Audi Q3, BMW X1 and Mercedes-Benz GLA, Jaguar’s super-competitive prices will certainly give you something to think about.

Everyone within Jaguar seems to be buzzing at the launch of the E-Pace. “We carried out lots of customer research panels during development,” revealed McFall. “These are intense events, four hours long. Normally, people can’t wait to leave by the end: with the E-Pace, even after we’d finished, they still wanted to go back and check it out some more. That’s when we became sure we had something special on our hands.”

191 Photos
By: Richard Aucock
++
Got a tip for us? Email: tips@motor1.com
Hide press releaseShow press release