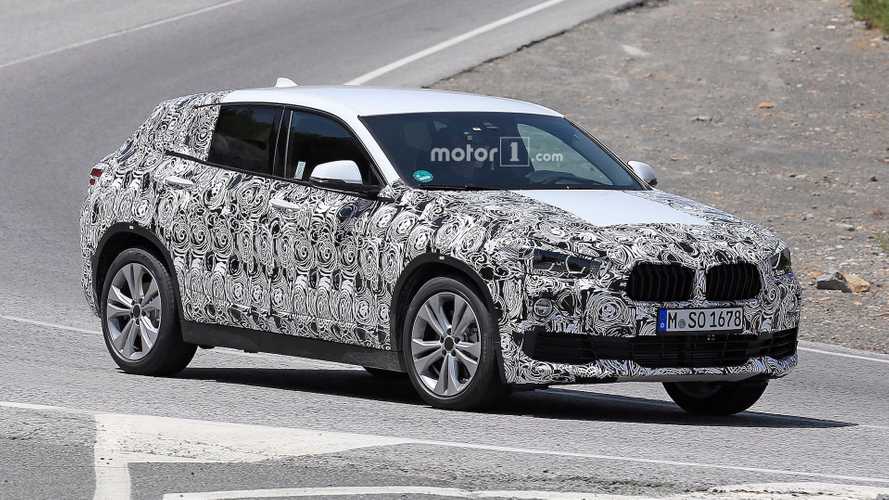 The new X2 will debut at the Frankfurt Motor Show.

We’re only a few months away from the unveiling of the all-new BMW X2. Slated to make its debut at the Frankfurt Motor Show in September, the new SUV – or SAV (Sports Activity Vehicle) as the company is calling it – will be positioned between the X1 and X3, and come with a few unique styling cues to boot.

But before it takes to the auto show stand, our spy photographers caught up with a production-ready prototype testing on public roads. Though it’s hard to distinguish its final design under all that camouflage, there are a few key features to note.

Similar to the X4 and the X6 before it, the new X2 will adopt the trendy SUV "coupe" styling cues. The side profile looks something similar to a Mazda CX-5. Up front, many of the same design elements we saw on the concept will carry over, but with more production-friendly headlights, as well as a new set of vents and cladding located just beneath the kidney grille.

The new BMW X2 will ride on the same UKL platform as the smaller X1. It will likely come standard with front-wheel drive, while all-wheel drive will remain a more premium option, naturally. Power will come from the same 1.5- and 2.0-liter gas and diesel engines, which produce as much as 134 and 228 horsepower (99 and 170 kilowatts) in their current application. The former of the two will be paired to a new seven-speed dual-clutch transmission.

The X2 will take to the auto show stand in September when doors open to the Frankfurt Motor Show in Germany, before going on sale early in 2018. BMW also plans to introduce another SUV to the lineup, the X7, early in 2018.