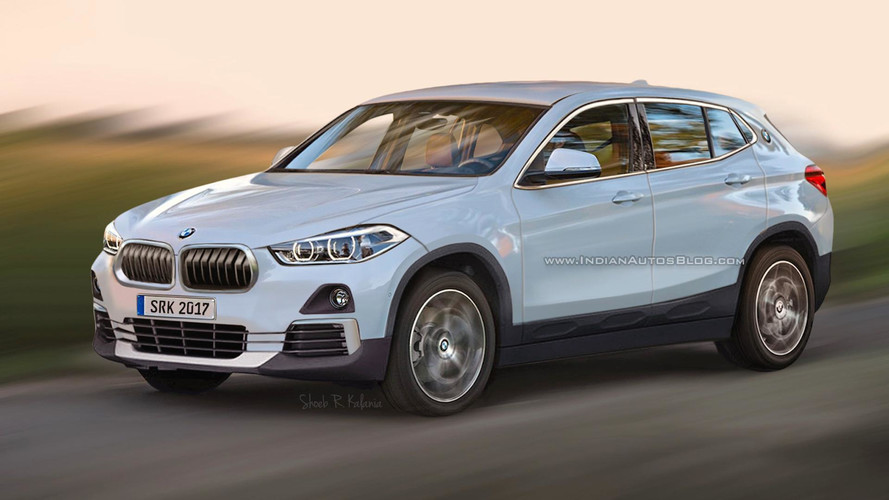 Somewhere between the X1 and the X3, BMW plans to shoehorn in another small SUV dubbed the X2. Already we’ve been teased by a few proposed patent drawings and a pretty handsome-looking concept (pictured below), but now we get to see the upcoming SUV in full thanks to a well-detailed rendering.

Created by our friends at IndianAutosBlog, the BMW X2 comes to life in the digital world – and it looks pretty good. Unlike the X1 and X3, the X2 will be a coupe-style SUV, similar to the concept we saw back in Frankfurt. The front fascia borrows most of its cues from the rest of the SUV range, while adding on some extra cladding and grille features based on patent drawings.

BMW has already promised that the production model will stay true to the concept before it. The X2 will adopt the SAV moniker (or Sports Activity Vehicle), which will likely include a number of soft-road features.

The new X2 will share its platform with the smaller X1, which means it will come with front-wheel drive standard, with an option for all-wheel drive expected. Power will come from the same 1.5- and 2.0-liter turbocharged gas and diesel engines, the former will be paired to a new seven-speed dual-clutch transmission in an effort to improve overall efficiency.

The 2018 BMW X2 is expected to make its debut later in the year at the Frankfurt Motor Show before going on sale in Europe the first half of 2018. Along with the X2, BMW plans to introduced a larger, more luxurious X7 destined to be shown in full sometime next year.