What goes on inside Porsche's secret tweaking division.

The funny thing about Porsche Exclusive is that you probably don’t know about it. This specialist branch of Porsche deals with all those requests from customers who want the family crest embroidered into the seat, or exterior color to match the rest of the cars in their collection, or some such bespoke extravagance.

It’s no small matter to Porsche. Personalization is big business in elite cars, and the Stuttgart manufacturer approaches it with the same ruthless engineering precision and customer focus that has helped make the brand so stratospherically successful.

Porsche has offered bespoke personalization right from the moment it started making cars, but the official Porsche Exclusive arm was established in 1986 and goes way beyond cosmetic stuff. As with the new 911 Turbo S Exclusive Series that we drove last week, the guys at Porsche Exclusive often add performance enhancements to their special editions.

So, here are some cool things that you might not know about Porsche Exclusive: 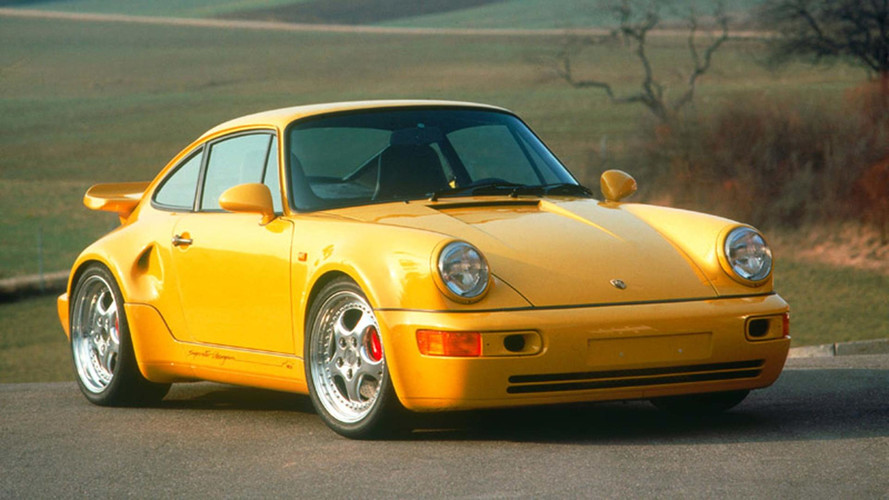 Porsche Exclusive can do just about any exterior color (there’s a palette of 200 already approved, but you can deviate), but if you want matching stitching on your upholstery then you’ll have to pick one that most closely matches your exterior color from the range of 15 colors. 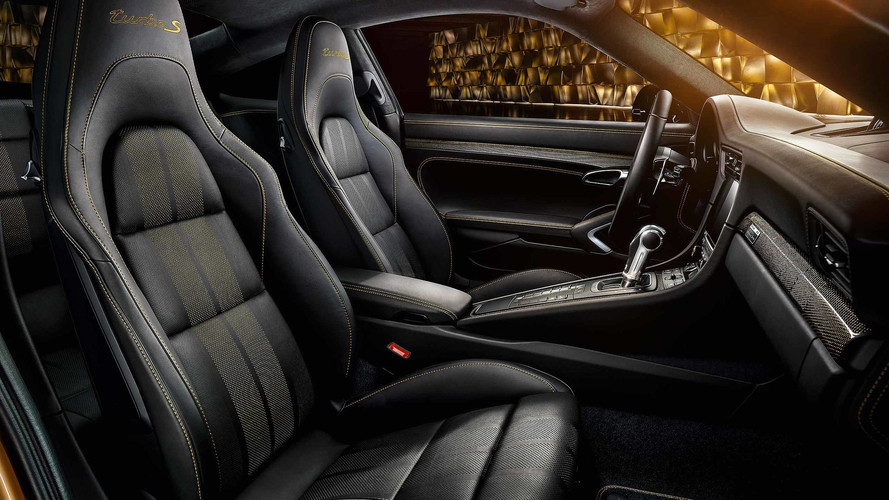 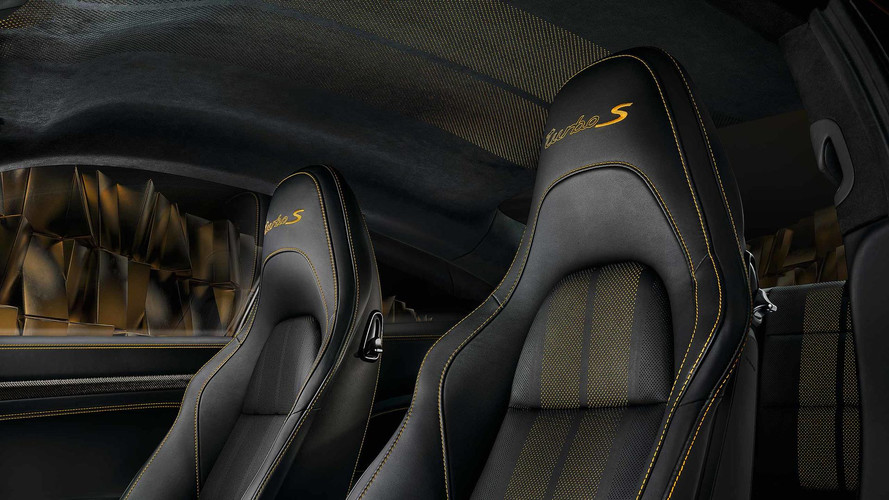 If you decide to personalize your car through Porsche Exclusive, you get a consultant guide. Think of them as the taste police. Given that everything can be personalized, from the material type and color surrounding the air-vents, right up to decals and alloy wheels, there’s a lot to consider. The consultant is there to explain and advise on the options. And, hopefully, to limit Porsche Exclusive’s blushes and some potentially disastrous re-sale values should a customer be heading for an entirely tasteless result. 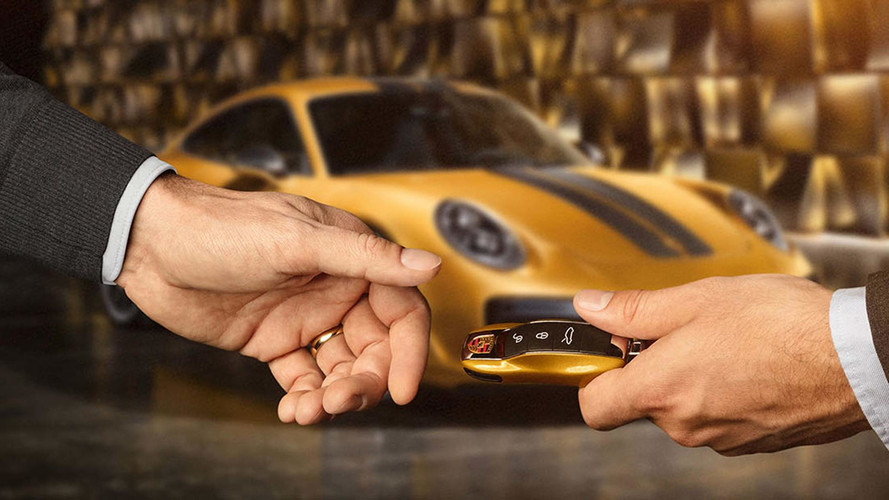 It’s all in the detail with Porsche Exclusive. The new 911 Turbo S Exclusive Series, for instance, has its carbon fiber carefully aligned so that it all runs the length of the car, angled slightly towards the central point of the nose. The ‘Exclusive Manufaktur’ badges are solid metal. The colored model name written on the back of the car is actually done by transfer – a bit like a temporary tattoo – but is then lacquered over. The partially-painted carbon fiber panels take three weeks to produce, and are also lacquered (three times, no less) to ensure a seamless finish. 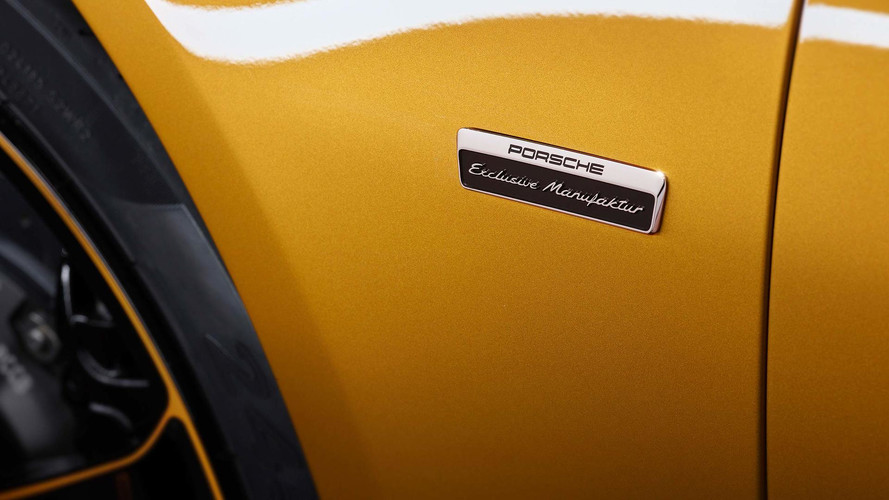 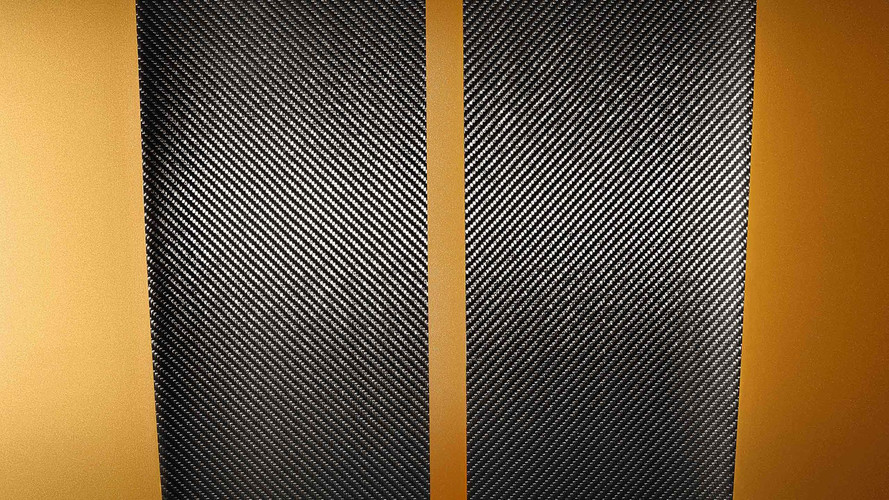 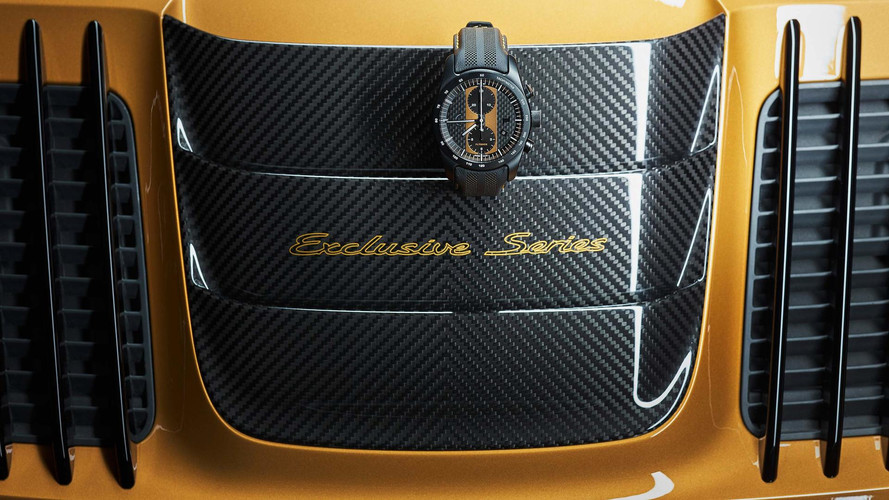 Porsche Exclusive couldn’t create the wheels they wanted for the new Turbo S with conventional alloy design techniques, so it came up with a whole new way of doing dual-tone alloys. The wheels are first painted the distinct burnished gold that is the signature color of the Turbo S Exclusive Series, and then is entirely painted black over the top. Technicians then program a laser machine to such a precise level of intensity that it burns off the black layer of paint to leave the gold visible, leaving that lovely, precise, contrast line. Just don’t kerb it… 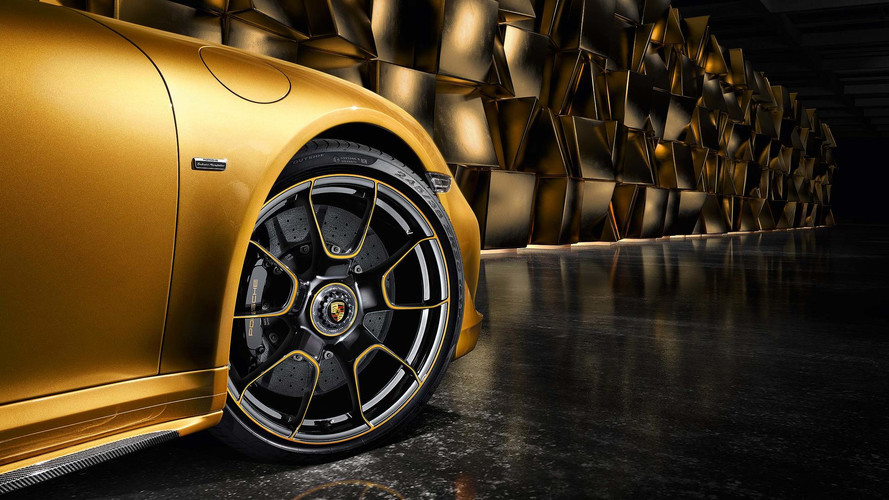 8 Photos
By: Victoria Parrott
++
Got a tip for us? Email: tips@motor1.com