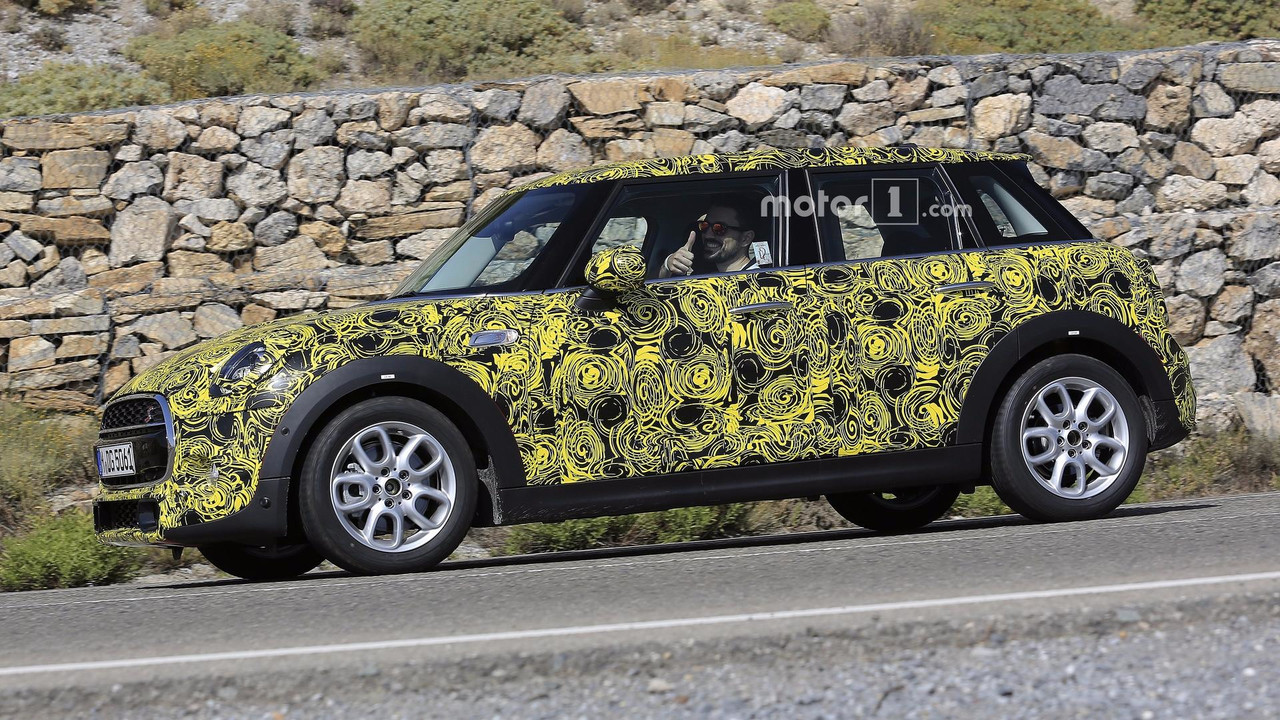 The Mini seems to be hiding mini changes.

Despite being fully dipped in swirly yellow camouflage, the Mini Cooper S five-door hatchback depicted in these images hasn’t been completely redesigned. Considering it will go through a mid-cycle refresh and not a whole new generation, it goes without saying the changes will be on a subtle level. A Mini will always have to look like a Mini no matter what, so the familiar styling is highly unlikely to be subjected to serious modifications. Not now, not ever.

In the hands of a photogenic and cheerful test driver, the prototype was trying to hide the novelties in tow for the upcoming facelift. At the front, it was carrying a new set of headlights featuring a more high-tech appearance while likely retaining just about the same shape. Unsurprisingly for only an update, the side profile will probably be carried over.

It’s the back of the car that piques our interest the most. Have a look at those taillights with a fresh design peeking through the mesh camouflage. One would be tempted to say the rear lighting clusters will take inspiration from those of the gorgeous, yet unfortunately stillborn Superleggera concept pictured below on the right.

It would be a nice touch to further emphasize its British origins and where it’s made. The Union Jack theme is already available for other parts of the body, including the roof, side mirror caps and scuttles, and even for the valve caps.

In one of the spy shots below we can also have a look at the interior, though there’s nothing to report as it seems the cabin is virtually identical to what the current model has. That being said, things could change between now and the production model’s debut.

Speaking of which, the lightly updated Mini Cooper Hardtop in three- and five-door flavors could be unveiled as early as this fall, possibly at the Frankfurt Motor Show in September.