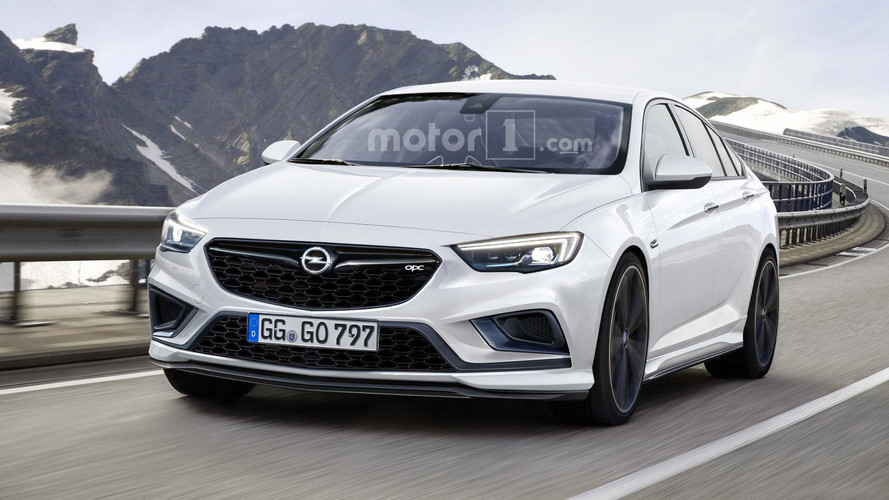 No V6 for Europe.

The second generation Opel Insignia is already on the European market and is also available in Australia as the Holden Commodore and in the United States as the new Buick Regal. A logical next step in the model’s life will be the introduction of a range-topping OPC version.

Previewed by this digital illustration, the sporty vehicle is expected to further develop the design cues of the OPC Line that is already available for the model in some European countries. This means an even more aggressive front bumper with larger air intakes and a lip spoiler, plastic side skirts, and a sporty rear diffuser could be added. Don’t forget the lowered suspension and the larger Brembo brakes, also part of the OPC Line trim.

At this point, technically, there’s no official confirmation that Opel is working on a new Insignia OPC, but back in April this year we spied an unidentified Insignia prototype in Germany. The mule had a sportier body kit, large 19-inch wheels, and the aforementioned Brembo brakes.

One thing we know for sure – if there’s a new Insignia OPC, which seems highly likely, it won’t be powered by a six-cylinder engine. An Opel engineer already confirmed there will be no V6 for the European market, as it will be replaced by a turbo, four-cylinder engine. Taking into account the most powerful regular Insignia now has 260 horsepower (194 kW) from a 2.0-liter turbo, we could assume the OPC version will get at least 300 hp, close to the previous model’s 325 hp (242 kW).

Interestingly, the new model might actually not be more powerful than its predecessor, but a massive weight loss should help it perform better on the road. The standard Insignia is up to 175 kilograms (385 pounds) lighter than the first-gen model, and the OPC could shave off even some more fat.

We will have to wait at least a couple of months to see whether Opel is indeed working on a new Insignia OPC. Chances are it could be presented during next year’s Geneva Motor Show with an online debut in January of February 2017.