Happy 60th Birthday Lotus/Caterham Seven: How Are You Ageing?

The Seven is an iconic sports car that celebrates its 60th birthday in 2017. For six decades, this diminutive bathtub on wheels has been one of Britain’s go-to weekend motoring playthings and remains an antidote, not just to the modern hypercar and its seemingly endless pursuit of power, but to porky modern cars in general.

That’s some innings. How did it all start?

The Seven was originally created by Lotus founder Colin Chapman. Back in 1957, Chapman designed the simple tubular steel frame and lightweight aluminium body as a kit car for customers to assemble at home, sidestepping the British government’s hefty purchase tax on new cars. Remember this was post war Britain, so prudence was the word. The Seven cost £526 ($676) in kit form, and its strong performance from a Ford 1172cc side valve engine made it popular for clubman racing. 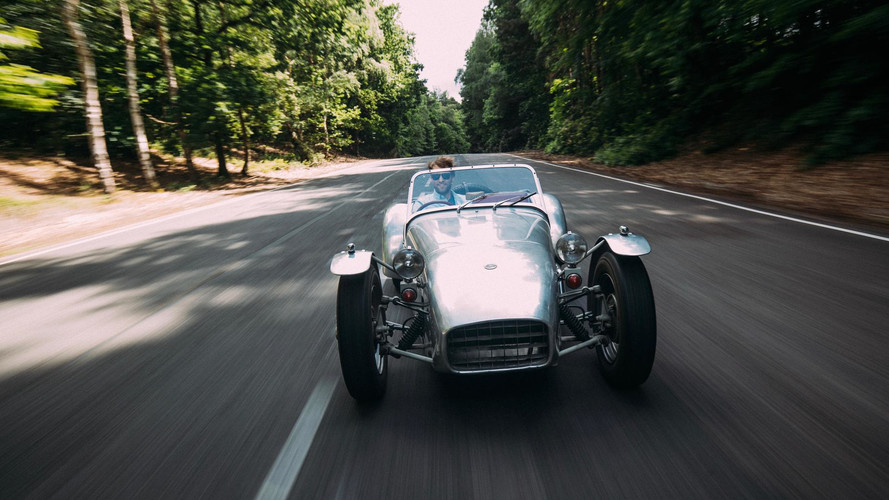 That sounds like a bargain. I bet they’re not that cheap anymore
Not quite. The entry-level Caterham 160 starts from £16,995 ($21,841) in shed build spec, though you can spend more to have it professionally assembled. However, if you’re used to driving a modern car - you know, one with doors and roofs and radios and stuff – the stripped-back nature may be quite a shock. The Caterham Seven doesn’t even come with windows as standard, never mind cup holders.

Hang on, the Caterham Seven?

Yup, Caterham is the current custodian of the Seven.

In the mid 70s, Colin Chapman’s company was hitting the big time. Lotus had a championship-winning Formula One team with superstar drivers and had developed a range of sports cars, including the James Bond-endorsed Esprit. The ageing Seven was starting to look like a grandfather clock in a showroom full of smartphones, so Chapman wanted rid.

Fortunately, Graeme Nearn still considered the Seven to have huge appeal. He was one of the original dealer distributors for the Lotus Seven, and decided to buy all the rights from Chapman to the car: drawings, jigs, production, the lot. It just so happened that his business was based in a small town called…you guessed it, Caterham.

So was Nearn right to keep the Seven alive?

Too right. The Seven is one of those things like the Isle of Man TT that you can’t quite believe is still in existence, but you’re happy it is.

Whereas most modern sports cars are brilliant at isolating you and your passenger from the road, the Caterham puts you right back in the mix. It offers a driving experience that’s as pure and undiluted as it gets, sitting millimeters from the road, bottom practically hovering over the rear axle as the whole car wriggles and moves underneath you. It isn’t sophisticated, but this level of connection and control reminds you that creating a superb driver’s car is never really about top speed. 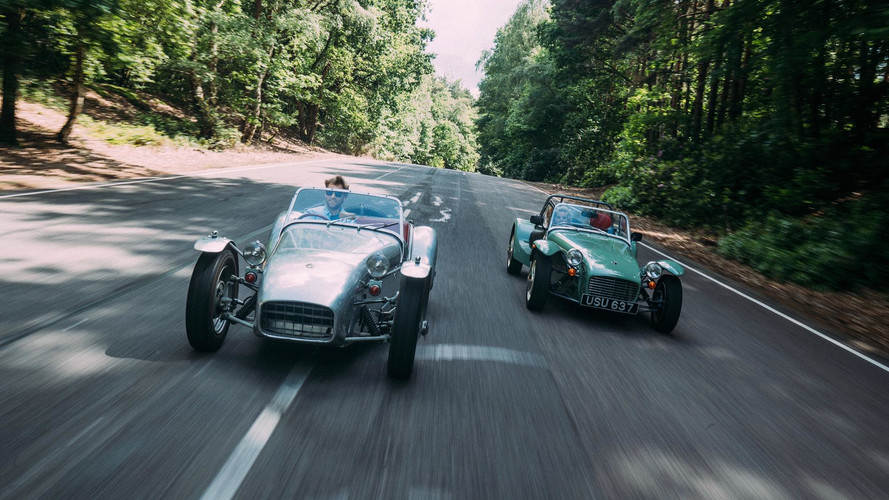 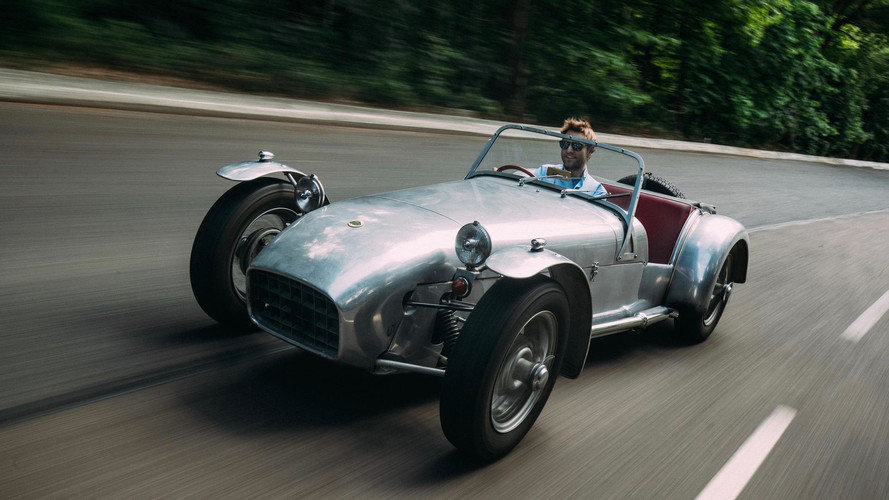 The hardware may have changed over the last 60 years, but regardless of whether you’re driving a Seven made by Lotus or Caterham, that basic ethos and spirit has remained the same.

But we’re not going to lie to you. The Seven is cramped, noisy, difficult to squeeze yourself into, the roof is rubbish, the lights are feeble and the build quality will feel like a kit car because, it is a kit car - it always has been. Best not to ask about EURO NCAP safety ratings, either…

So how close can you get to replicating the experience of the original?

The so-called spiritual successor is this special edition Caterham Seven 160 Sprint, pictured here in Camberwick Green. It costs £27,995 ($35,979) and reintroduces the front wings, rear-mounted spare wheel, bubbled tail lights and red interior of the original car and adds a delightfully thin MotoLita wooden steering wheel and a chassis powder-coated in grey which is a period-accurate nod to the Series Two Lotus Seven. 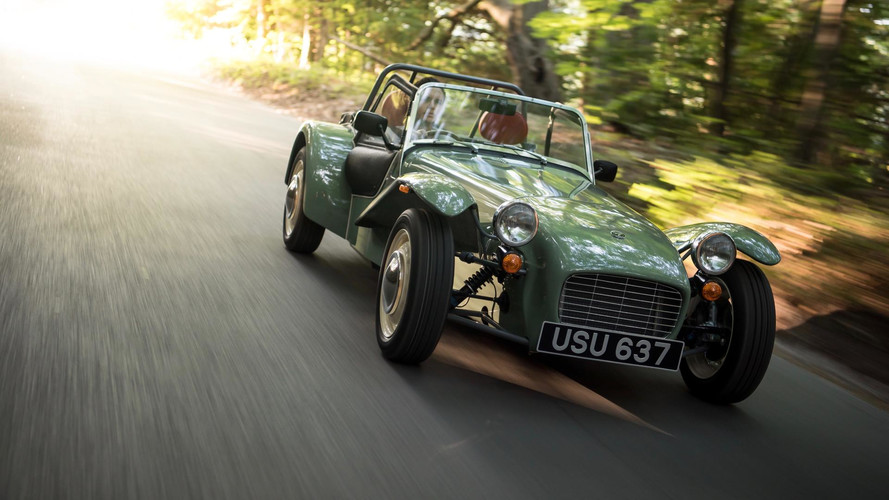 Less period is the turbocharged 660cc three-cylinder gasoline engine developed by Suzuki. It produces a modest 80 hp at 7,000 rpm and 79 lb-ft (107 Nm) at 3.400 rpm but when the car weighs just 490 kg (1,080 lbs) and uses super skinny 155/65 R14 tires, it’s more than perky enough to exploit all its performance on the road and plaster a grin across your face that’s as big as the Joker’s. It’s also significantly easier to drive than the original, thanks a better driving position, more evenly spaced pedals, a slicker gear change, more comfortable ride and less peaky engine.

Ah, about that. Only 60 examples of the 160 Sprint are set to be made this year, and they have all been sold. Seriously, there’s even a waiting list for cancelled orders.

However, if you are not that fussed by all the retro references, and instead would prefer to save yourself £10,000 ($12,852), then the entry-level 160 is mechanically identical. Sundays will never be the same again.