Fully Restored Porsche 962 Could Be Yours For $1.2M 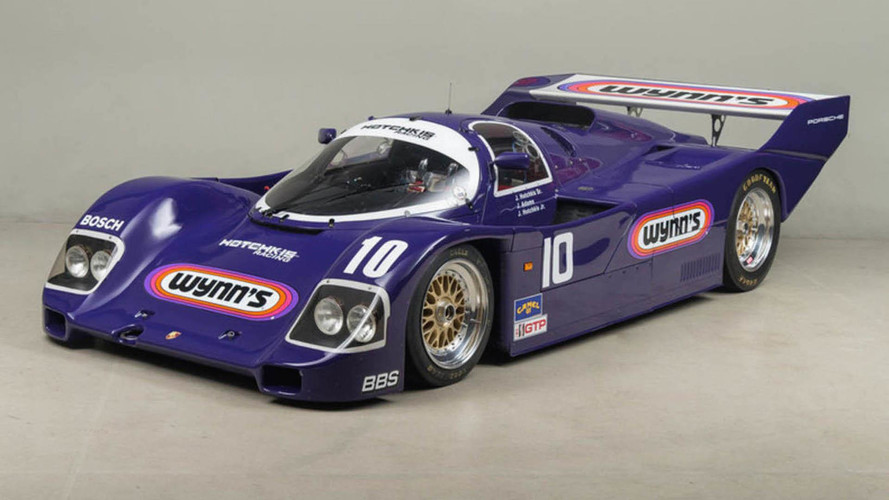 Well worth the asking price.

Are you a hardcore Porsche enthusiast with an extra $1.2 million burning a hole in your pocket? Then do I have some good news for you. One of the most iconic Group C racers of all time is up for sale online – a rare Porsche 962 circa 1986.

The 962 made its debut in IMSA's GTP class at the 1984 24 Hours of Daytona, proceeding the equally iconic 956. The racer would later go on to compete in the European Group C up against the likes of Jaguar, Mercedes, Nissan, and plenty others, before eventually being succeeded by the WSC-95. In its time on the track, the 962 took home 21 victories between 1984 and 1991.

This particular example wears a unique violet blue Wynn’s Motor Oil livery, and made its debut in 1986 at Watkins Glen. The car was upgraded with a FABCAR monocoque chassis and delivered to Hotchkins Racing halfway through the 1986 season, but suffered a crash that left it sidelined until 1989.

In 1991, the 962 in question took home a win at Daytona before retiring shortly thereafter. The 962 would spend most of its years tucked away before being revived for use as a vintage racer... but not before a thorough restoration. The original 3.2-liter turbocharged flat-six engine was upgraded to produce 750 horsepower (559 kilowatts), while features like Brembo brakes and Penske racing shocks were added to the chassis.

The car is up for sale for the aforementioned $1.25 million on JamesEdition by way of restoration and racing experts Canepa. It’s one of just a handful of examples ever built, and though it’s not street legal (obviously), it should be able to turn some heads at your next vintage racing event.