The company even camouflaged the interior.

Hyundai’s luxurious Genesis brand is preparing to launch its entry-level model, the G70. These shots reveal the four-door’s development in Death Valley. 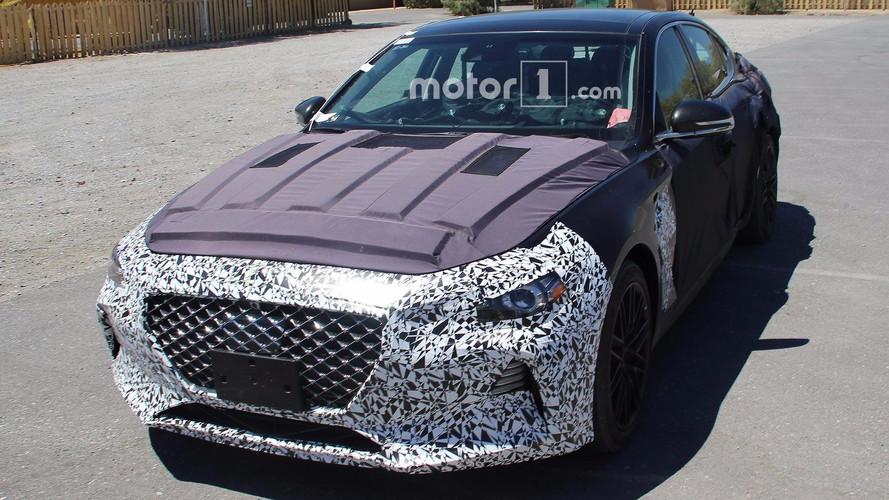 Genesis’ engineers now cover the front end in camouflage, but there’s still cladding on the hood. The shots reveal the hexagonal grille with a mesh interior. Narrow headlights are roughly triangular, and the close-up shots show the LEDs along the corners. This is likely a sport variant because of the Brembo-branded brake calipers. Unfortunately, a big covering conceals the rear end. It appears that the New York Concept serves as the major inspiration for the design.

Genesis must know that spy photographers would want to check out the cabin because the firm’s engineers cover it with camouflage. Ignore the big tablet on the center tunnel because that’s likely only for development. The actual infotainment screen is the one high on the center stack. Traditional knobs and buttons control the HVAC functions. The driver looks at analog gauges, and there’s a small display in the middle of the instrument panel. 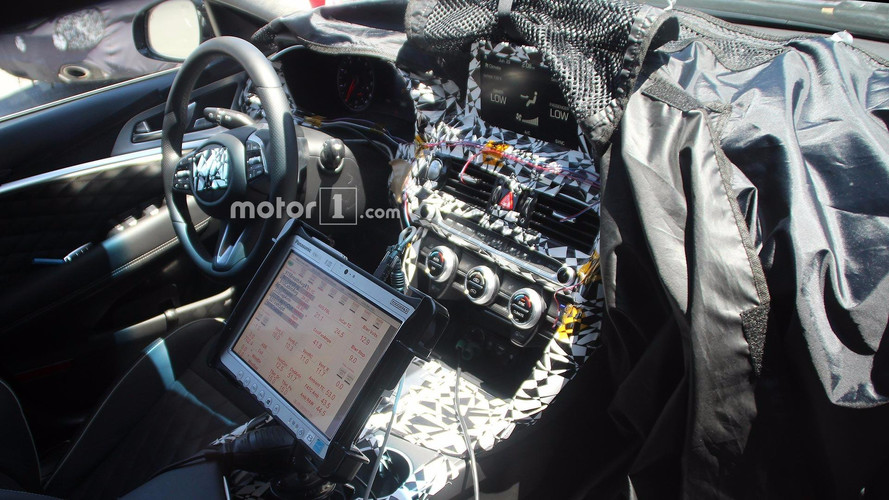 The G70 shares a platform with the upcoming Kia Stinger. However, the Genesis is lighter, shorter, and narrower than its counterpart. The pair might share powertrains, though. If that’s the case, Genesis buyers would be able to get a biturbo 3.3-liter V6 with 365 horsepower (272 kilowatts) and 376 pound-feet (510 Newton-meters) of torque. It could reach 62 mph (100 kph) in less than 4.9 seconds. The only available gearbox would likely be an eight-speed automatic. The base engine would likely be a 2.0-liter turbocharged four-cylinder with 252 hp (188 kW) and 260 lb-ft (353 Nm).

We expect the G70 to debut late in 2017, and sales would likely start in 2018. It doesn’t arrive in Europe until 2019. Albert Biermann, head of Hyundai’s N performance division, has hinted at the possibility of an even hotter version with more power and better handling.