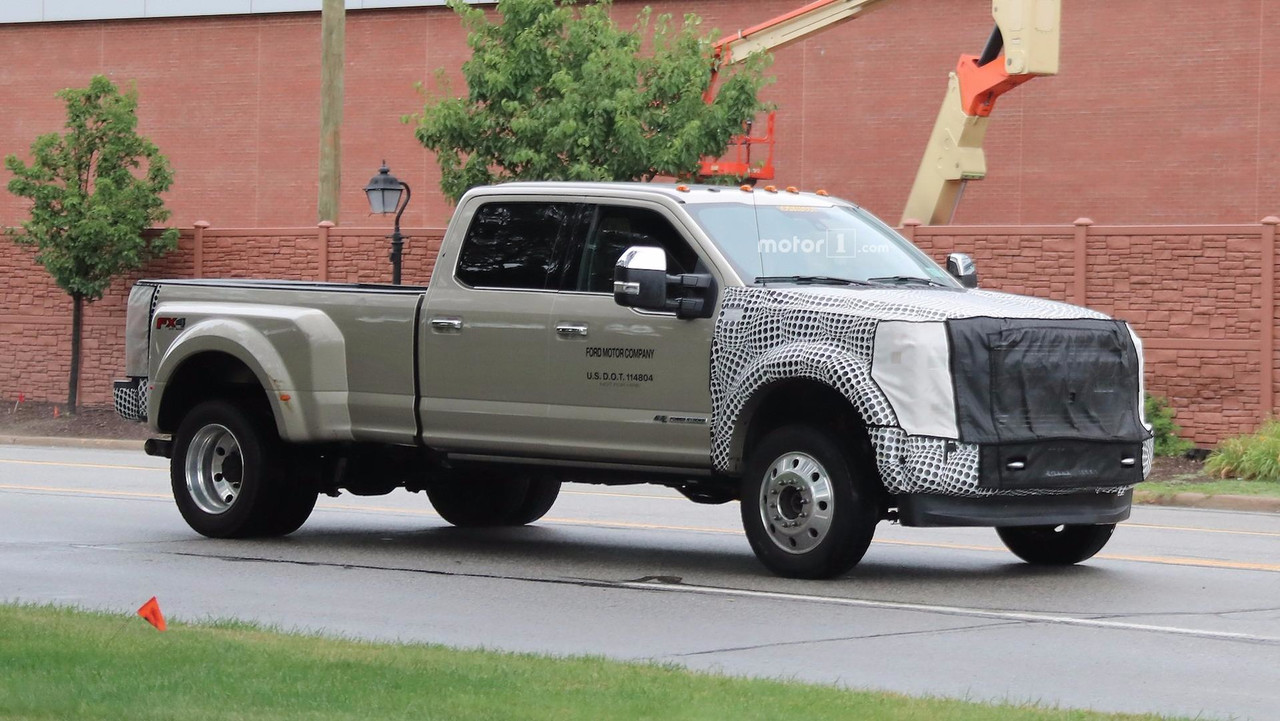 Some subtle upgrades are coming to Ford's heavy duty lineup.

Since its introduction in 1999, Ford's Super Duty series of trucks has been the most powerful offering atop the Blue Oval's truck range. Distinguished by unique bodywork over the standard F-150, and paired with a heavy-duty chassis and suspension components, it allowed for higher payload and towing capacities. Even though an all-new example was introduced in 2016 for the 2017 model year, Ford is already trotting out an updated version.

Our spy photographers recently caught up with the first prototype for the 2019 model year – an F-450 Platinum trim – testing just outside Ford headquarters near Dearborn, Michigan. Though it may lack any dramatic revisions at first glance, it makes up for it with some modest updates underneath the hood and likely in the cabin.

The new Super Duty will get a revised front fascia that includes things a new grille and updated lower vents, as well as brand new headlights and taillights. Apart from the fascia, most of the body will go unchanged. Under the hood is where we’ll see more of the updates.

Details on the update are still well under wraps up until this point, but we expect all of the same trim levels to carry over, ranging from XL to Platinum like the prototype pictured here. As far as pricing, expect a modest bump over the current MSRP, which starts at $32,535 for the F-250 XL.