Buick Leaks 310-Hp Regal GS Through Its Own Brand Magazine 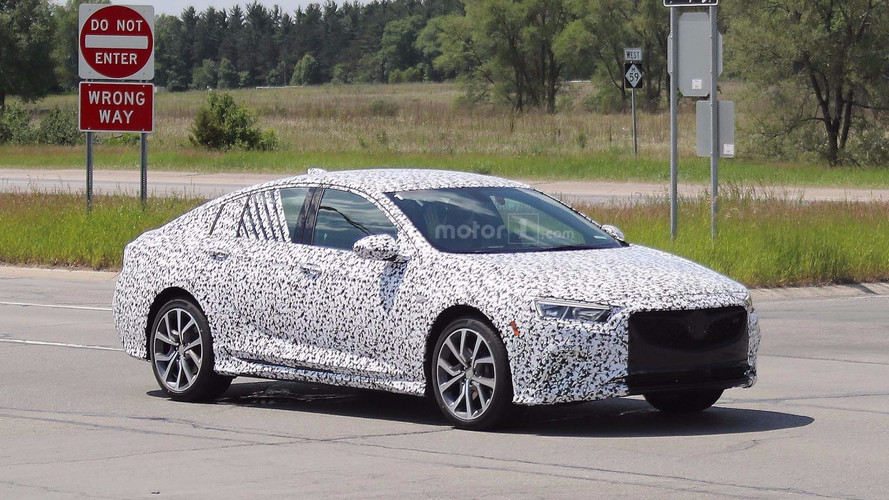 Is there anything we don't already know about the "secret" GS?

We know automakers sometimes leak information intentionally. We also know there are generally all kinds of checks at varying levels before promotional material goes public, to ensure unintentional leaks don't happen. And yes, with some of us having once worked on the other side of the industry, we’re acutely aware that sometimes, despite the checks and balances, info slips out.

Now, it seems the only unanswered question about Buick’s supposedly secret Regal GS is whether the manufacturer intentionally let the cat out of the bag, or if certain individuals in the Detroit metro area are now seeking new professional opportunities outside the General Motors family. The latest gaffe comes from Buick’s official owners publication B Magazine, which talks about the new Regal Sportback’s “estimated 310 horsepower” from a V6 engine. It should be noted that the print version of the magazine talks about this, but the online version has the section edited out. The plot thickens.

We’re also quite aware of the word estimated in that article. The Buick LaCrosse makes 310 horsepower from its 3.6-liter engine, but the same mill produces 335 horsepower in the Chevrolet Camaro. In other words, there's breathing room for Buick to set the GS apart from its stablemate, should the manufacturer choose to do so. Either way, the new GS should be a livelier machine compared to the previous model’s 259-horsepower turbo four-cylinder.

GM Authority was tipped off to this goof, which apparently made it out in print to at least some people. It’s the latest facepalm to strike Buick’s no-longer-a-secret GS variant; back in April the automaker’s Canadian website featured information about the 3.6-liter V6 on the GS, but the site was quickly taken down.

Does Buick have any more surprises in store for the GS? If so, we’ll probably hear about them before the official reveal takes place, which has yet to be determined.