Fisichella to replace Badoer for rest of 2009 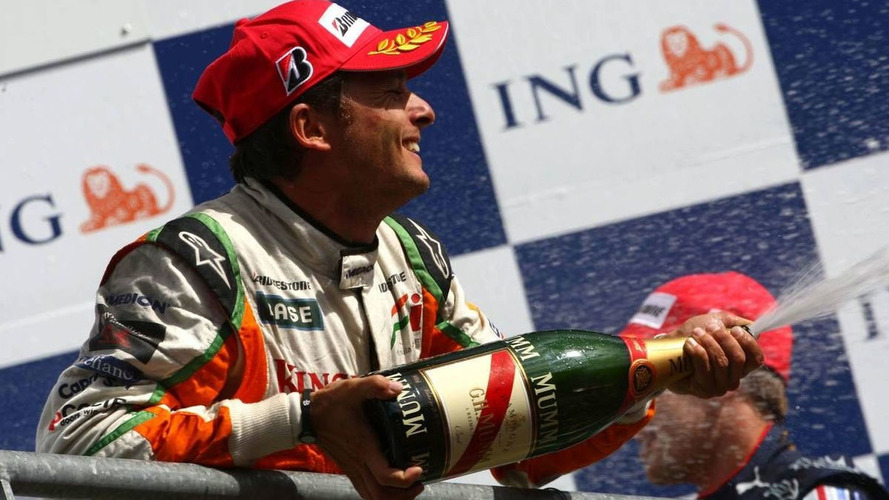 After his boss Vijay Mallya and Fisichella's denials during and shortly after the Belgian GP weekend, a statement issued by Force India on Thursday afternoon said the proposal had been made only 24 hours ago.

Force India has released Giancarlo Fisichella so that the Roman driver can race for Ferrari at Monza and until the end of the 2009 season.

After his boss Vijay Mallya and Fisichella's denials during and shortly after the Belgian GP weekend, a statement issued by Force India on Thursday afternoon said the proposal had been made only 24 hours ago.

"The agreement will secure Giancarlo's long term future with Ferrari and it would be incorrect to jeopardise this, particularly when Giancarlo has made such a vital contribution to Force India," said Mallya.

The Indian billionaire said the agreement does not include a financial settlement.

"We would like to thank Giancarlo for all his help over the past one and a half seasons and for delivering us our first world championship points last weekend.

"He has been an integral part of the team and we owe him a great deal for his input behind the scenes and performance out on track. We wish him all the best for the future," added Mallya, indicating that the 36-year-old will not be returning to his seat in 2010.

It is rumoured Fisichella's temporary race deal will lead into a full test and reserve role at Ferrari in 2010 and beyond.

The Force India statement said his replacement for Monza will be decided upon shortly, but it will surely be third driver Tonio Liuzzi, who is understood to already have a contract to race next year.

In a separate statement, Stefano Domenicali thanked Luca Badoer for the "team spirit" demonstrated at the first two races missed by the injured Felipe Massa at Valencia and Spa.

"It is a shame he was unable to show his true worth in these last two races, tackled under conditions which anyone would have found difficult," he said.

Gallery: Fisichella to replace Badoer for rest of 2009