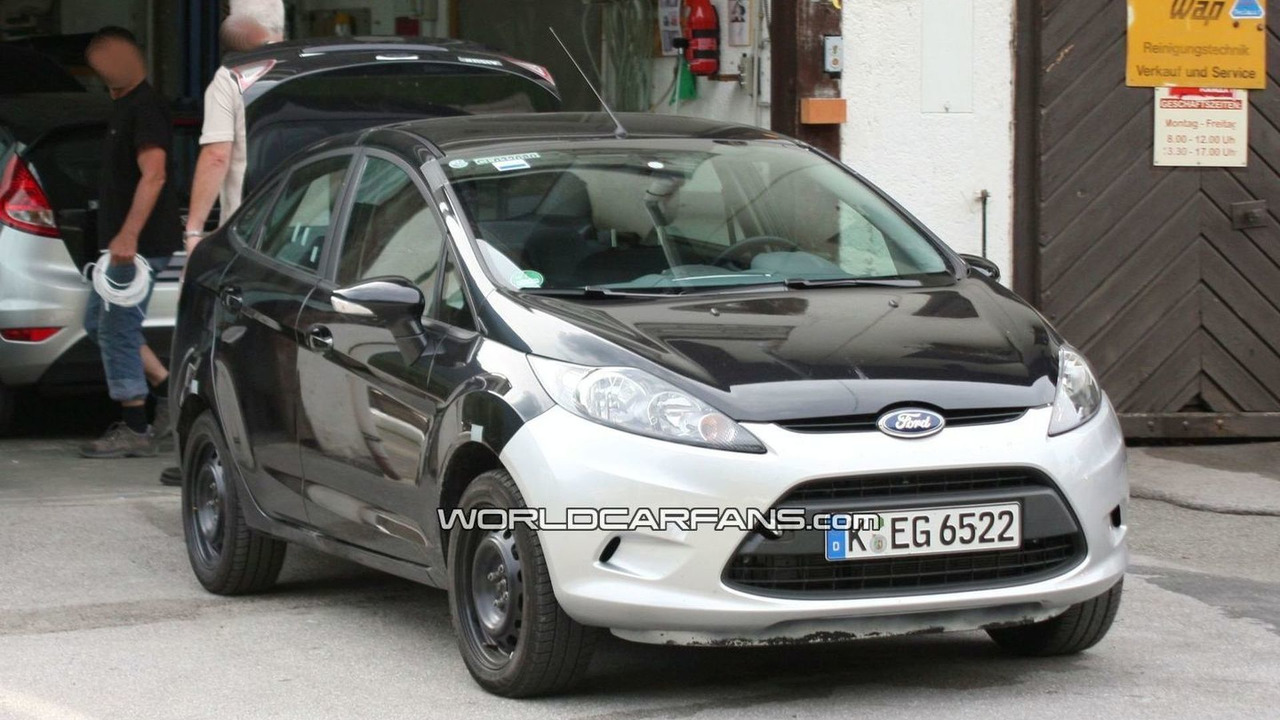 Ford will sell the Fiesta sedan in Europe after all. So say these spy pictures which show the almost uncovered car on European soil.

China was the launch pad for the Ford Fiesta sedan in 2008. Contrary to official statements it now appears that Europe will follow suit and release a Fiesta with somewhat of a boot. These spy pictures show the car fitted with different bumpers and tail lamps. These seem to be the only exterior deviations from the Chinese model. More sedan prototypes were recently seen in the Mojave desert where they were presumably undergoing hot weather testing.

Ford exhibited the Verve concept at the 2008 North American International Auto Show in Detroit and this is the product of that concept. The US is one of its confirmed markets and potential buyers there can expect a 2010 debut for the 2011 model.

Both the sedan and hatch will be available but for now there is no clarity on whether the latter is the 3-door or the 5-door. Production rights for the North American market were won by the Mexico City manufacturing factory which joins Thailand and China as the three global source plants.