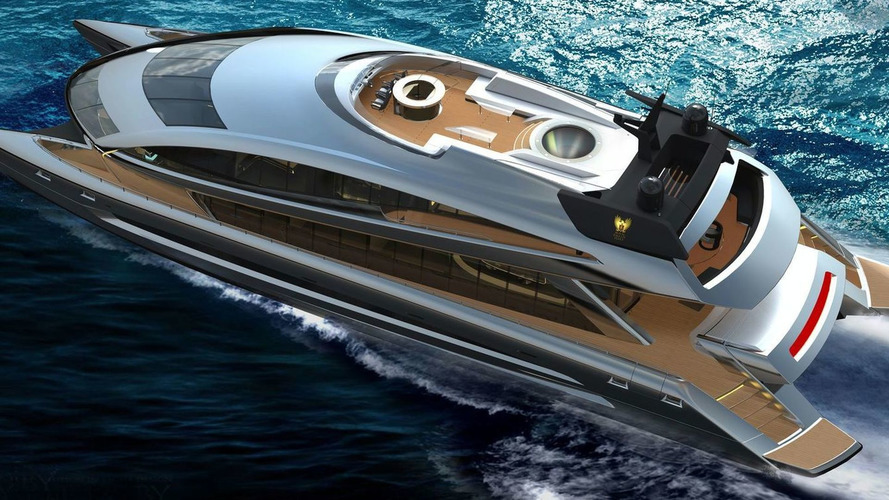 Built by Singapore-based Royal Falcon Fleet, the RFF135 was designed to be a "spacecraft on the water." Measuring 135 feet (41.2 meters) long, the power catamaran features sleek styling and room for up to 20 passengers and crew.

According to Roland Heiler, executive director of the Porsche Design Studio, "The sole requirement from Royal Falcon Fleet was to implement contours outside of the stereotypical boat aesthetic. This gave us considerable creative latitude and the result was a revolutionary design - a real challenge for the ship architects."

With the hull nearly completed, Royal Falcon Fleet will move the catamaran to Sweden for technological and interior installations by Kockums. If everything goes according to plan, the first RFF135 should be launched in the fourth quarter of 2010.