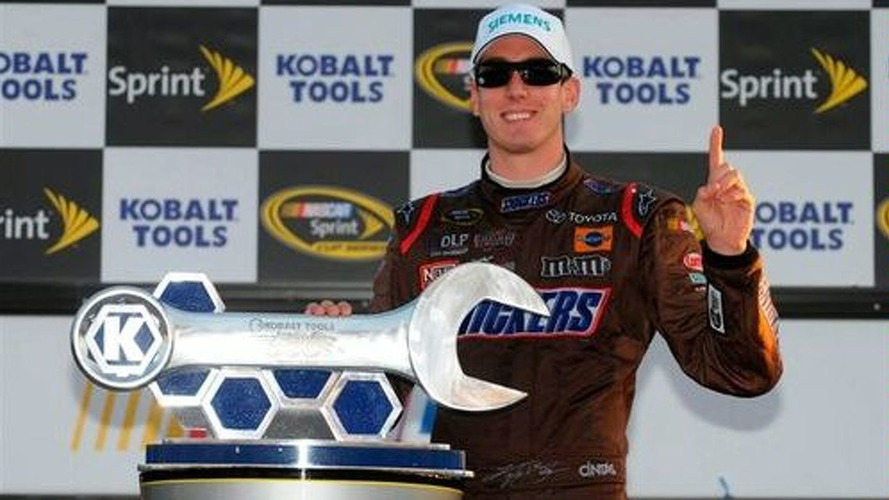 It has been a while, quite a while actually, but it seems that the Big 3 domination of the NASCAR Series has finally been broken. For the first time in 54 years, a non-American car has won an official NASCAR race. Not surprisingly, the honor goes to Toyota.

Car number 18 piloted by 22 year-old Kyle Busch, competing for the Siemens PLM Software sponsored Joe Gibbs Racing team, came in second place on the Las Vegas Motor Speedway on March 2. On March 9 he managed to capture the coveted first place finish at the Kobalt Tools 500 in Atlanta, writing history as both the youngest driver to win in Atlanta and giving Toyota their first NASCAR win.

The win has also put Kyle Busch in the leading position after four races with 665 points, 73 points clear of Greg Biffle, thanks to one pole position, one win and three top 5 finishes. Could it really be that Toyota Motor Sales VP of Motorsports Jim Aust's prediction will come true?