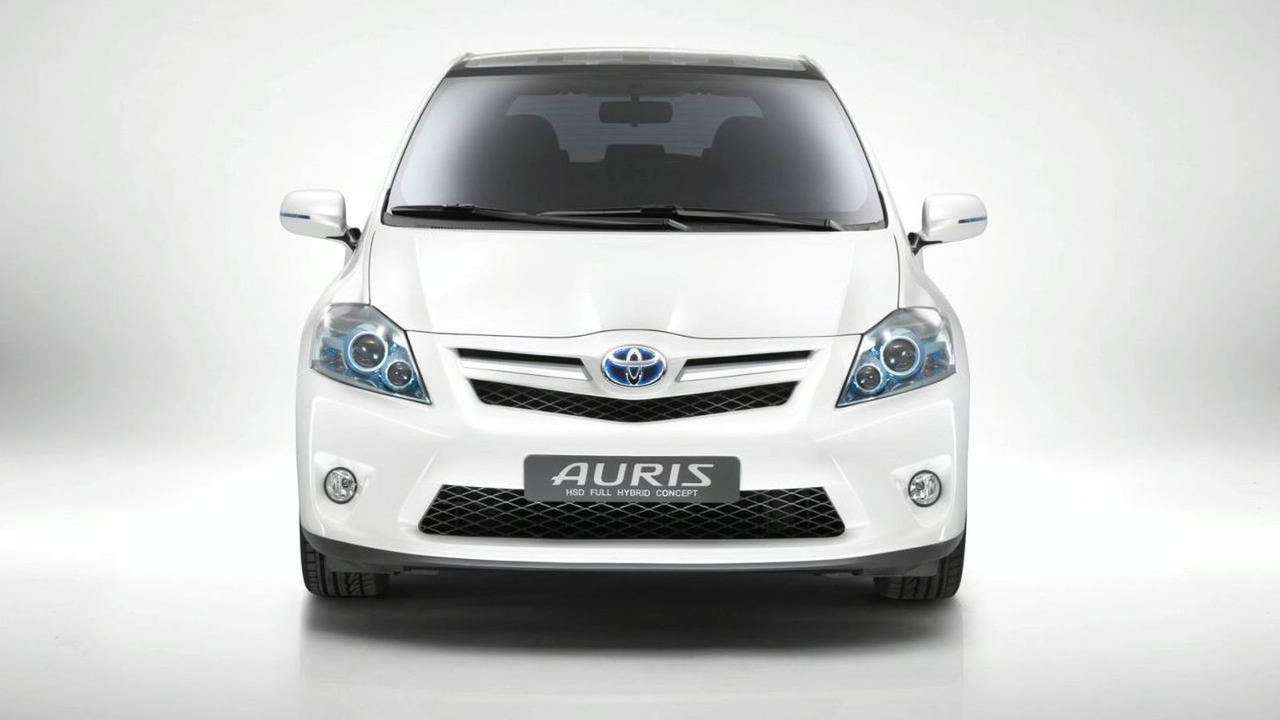 Toyota is set to debut the Auris HSD Full Hybrid Concept at the Frankfurt Motor Show in two weeks.  The hybrid concept represents Toyota's first deployment of their full hybrid technology in a mainstream high volume model. Full hybrid technology is decribed as an engine that can run on only the combustion engine, only the electric motor/batteries, or a combination of both. Toyota states that this is first step in rolling out Hybrid Synergy Drive (HSD) across the company's model range.  More details to be released at the Frankfurt unveiling.

Also joining the Auris concept are the Prius Plug-in Hybrid Concept, all-new Land Cruiser European premiere, iQ for Sports and iQ Collection.  The Land Cruiser goes on sale in the 4th quarter of 2009 while the iQ cars demonstrate personalization possibilities.