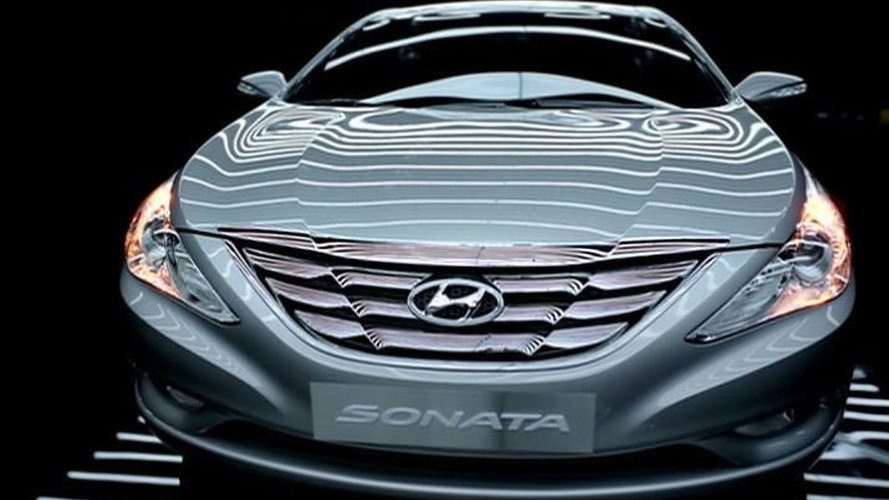 More leaks on the upcoming Hyundai Sonata. The newest pics are published here after having made their way via several Korean forum sites.

The 2011 Sonata is now expected to come with the i40 moniker in Europe. Part of the conversion of most Hyundai models to a numerical naming system in order to make Hyundai more, well, European.

What can be said about the styling? Well, it certainly aims to compete as a sedan/coupe, given its Mercedes CLS-like design. It will be up to consumers and critics to decide whether the design matches or merely mimics the Sonata/i40's European competition.

Under the hood will be the 2.4 liter Theta II engine with GDI (direct-injection) technology expected to churn out about 200 hp. A 2.0 liter petrol/gasoline engine will also be available in the Sonata range.

For Europe and Korea there will also be a 2.2 liter 'R' diesel with an impressive 204 hp that meets Euro 5 emissions standards. The North American market may see a Lambda V6 Sonata with about 250 hp.

Transmissions available will be a 6-speed manual or automatic. Hyundai will also be offering a slew of premium-level options including a panoramic glass roof, stop-start technology and paddle shifts on the steering wheel.

The new Sonata is scheduled to debut on September 10th. It goes on sale in Korea in October and will be released in the North American and European markets early in 2010.