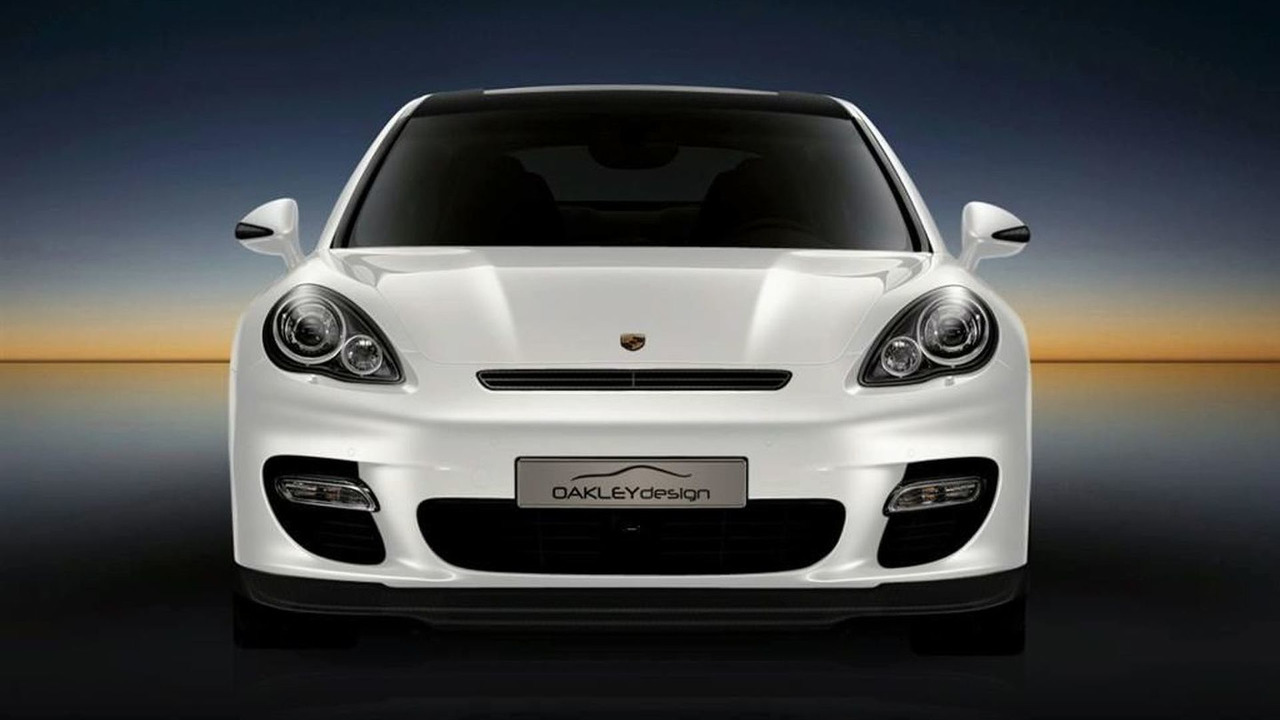 British Porsche tuners Oakley Design have put their hands on the Panamera, and the final look is pretty sweet.  The Oakley Design Panamera Turbo gives the driver up to 680 horsepower while reducing the weight.

The 680 hp comes by way of a fully modified engine.  Partial mods with 580 hp is also achievable via the exhaust and a "simple remap" of the ECU.  The titanium exhaust include quad tips, replacing the original system from Porsche.  After getting carbon fiber upgrades, like a tweeked rear spoiler, new front splitter, and new 20" wheels, the company added a new front spoiler and new side sills resembling those found on the Oakley GT2.  The roof has also been remodeled in carbon fiber, while still using the original Panamera sliding roof.

All told, the engineers cut over 75 kilograms.  The Oakley Design Panamera Turbo is available from 15 September.