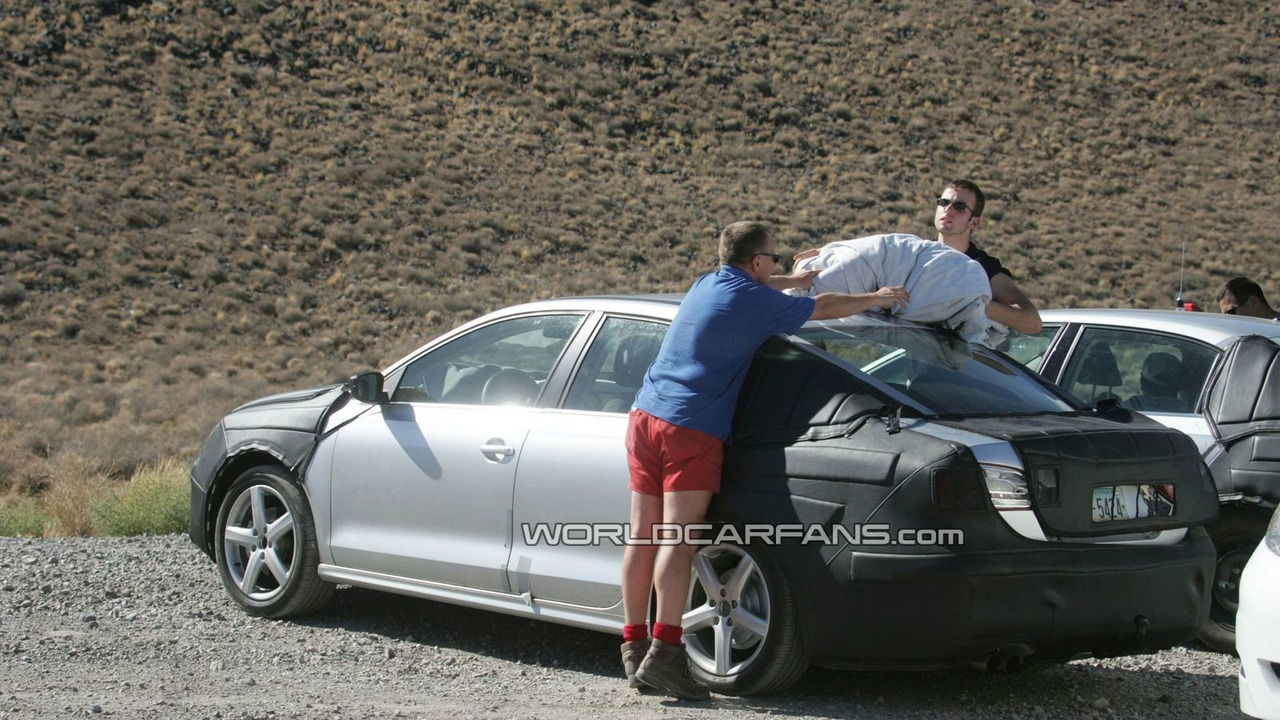 A next-generation Volkswagen Jetta prototype was spied undergoing summer testing in the US. First official public appearance could be Detroit 2010.

The next-generation Volkswagen Jetta has been spied during a round of hot-climate testing in the American Southwest. The Jetta VI is expected to be one of the models that will spearhead VW's onslaught in the US market as it works towards unseating Toyota from its top spot in global sales.

Spies at first glance thought the camouflaged car was the New Medium Sedan (NMS) mule said to be planned specifically for the American consumer. Often automakers like VW do produce special variants of existing cars for discerning markets like China and the US. It turned out not to be the longer and wider NMS.

Expect the car to share a similar line-up of engines and interior specifications with the Golf when it goes on sale as a 2011 model. A public debut date is unknown at the moment but it may well take place on US soil just as it did for the Jetta V. Reliable VW sources say a 2010 Detroit reveal is being discussed while Geneva is almost confirmed.