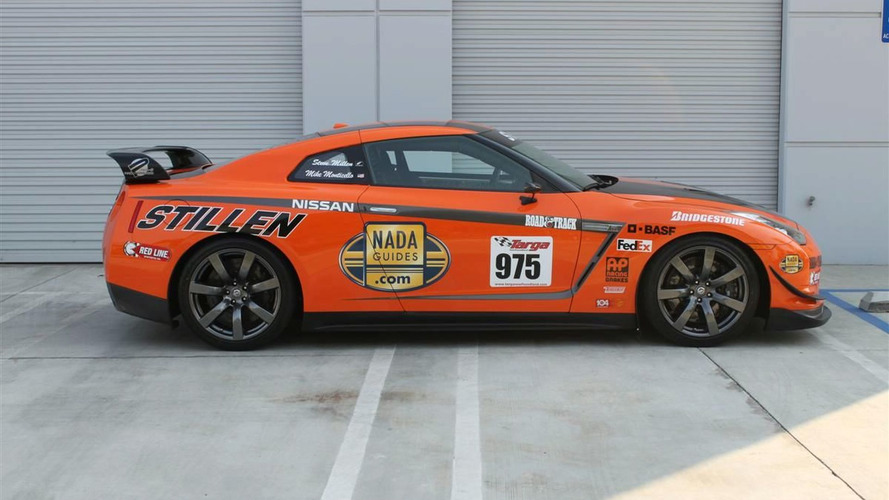 Seen here is the rally-prepped, 620 hp Stillen R35 Nissan GT-R, to be driven in two weeks time at the Targa Newfoundland rally.

Stillen announced earlier that they have completed preparations of their GT-R, and are ready to race the 620 horsepower beast in Targa Newfoundland.  The Stillen R35 Nissan GT-R goes 0 - 60 mph in 2.9 seconds, hitting 130mph at 11.4 seconds, on its way to a near-200 mph top speed.  The car clocked an 11.0 second quartermile, crossing the line at 127.9 mph.

Driver and company founder Steve Millen will pilot the car in the rally.  He also oversaw the car's overhaul, which included "months of tearing down, shaving weight, developing new products, building and testing."  You can see some of the vehicle's testing in this 2 minute 48 second video.

Amongst the refinements are new intake and exhaust systems, a new boost controller, and adjustable sway bars, springs, and endlinks.  AP Racing carbon/ceramic brake pads and rotors were also installed.  Status racing seats sit on custom frames, and the whole exterior is wrapped in carbon fiber.T