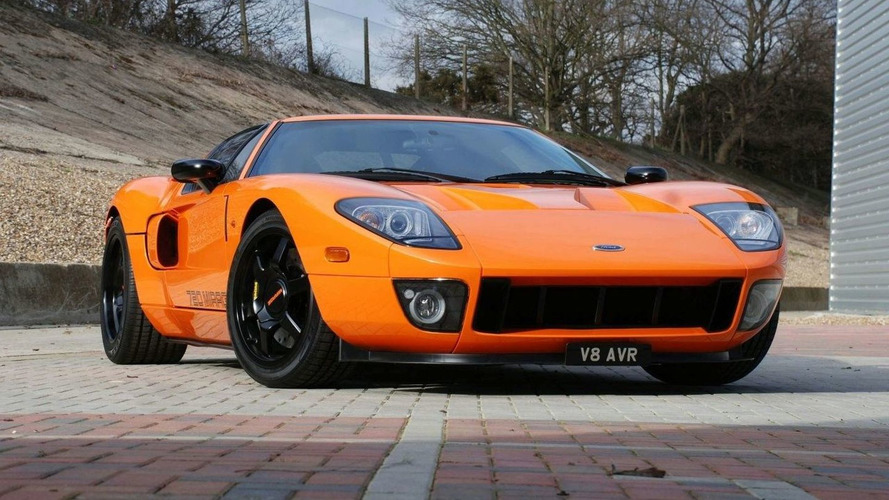 The Ford GT may be in the process of passing into supercar history, but that hasn't stopped Avro Motor Cars from taking one last spin at making the beast faster.  The Brooklands-based tuner recently announced a 10-car run of modified GTs called 720 Mirage.  Avro partnered with Roush Technologies to push the GT's power output to 720 horses.  The company previously teamed up with Roush to produce the 600RE edition of the GT.

The additional urge comes courtesy of a larger Whipple supercharger and Accufab throttle body, inlet sleeve and X pipe exhaust, among other minor modifications.  Specific output is 720bhp at 6950 rpm and 815Nm (627 pound-feet) torque at 4800 rpm.  Unleash that power and the 720 Mirage will run to an un-governed top speed somewhere north of 220mph.

Suspension upgrades include a 5mm wider track and a 25mm drop, as well as KW Variant 3 adjustable coil-overs.  Six-piston AP Racing brake calipers are used in the front, and drilled and slotted rotors sourced from Stillen are installed front and rear.  The modifications are subtle but should help to ensure that the Avro 720 Mirage can handle its increased power with the same poise as the factory version.

The 720 Mirage stands out thanks to a distinctive metallic orange paint job with matte-black detailing.  The wheels are blacked out as well.  Avro adds special decals and sill plates, and ditches the GT's rear bumper in the name of weight savings for an even more exclusive appearance.  Naturally, there's a numbered plaque on the console.