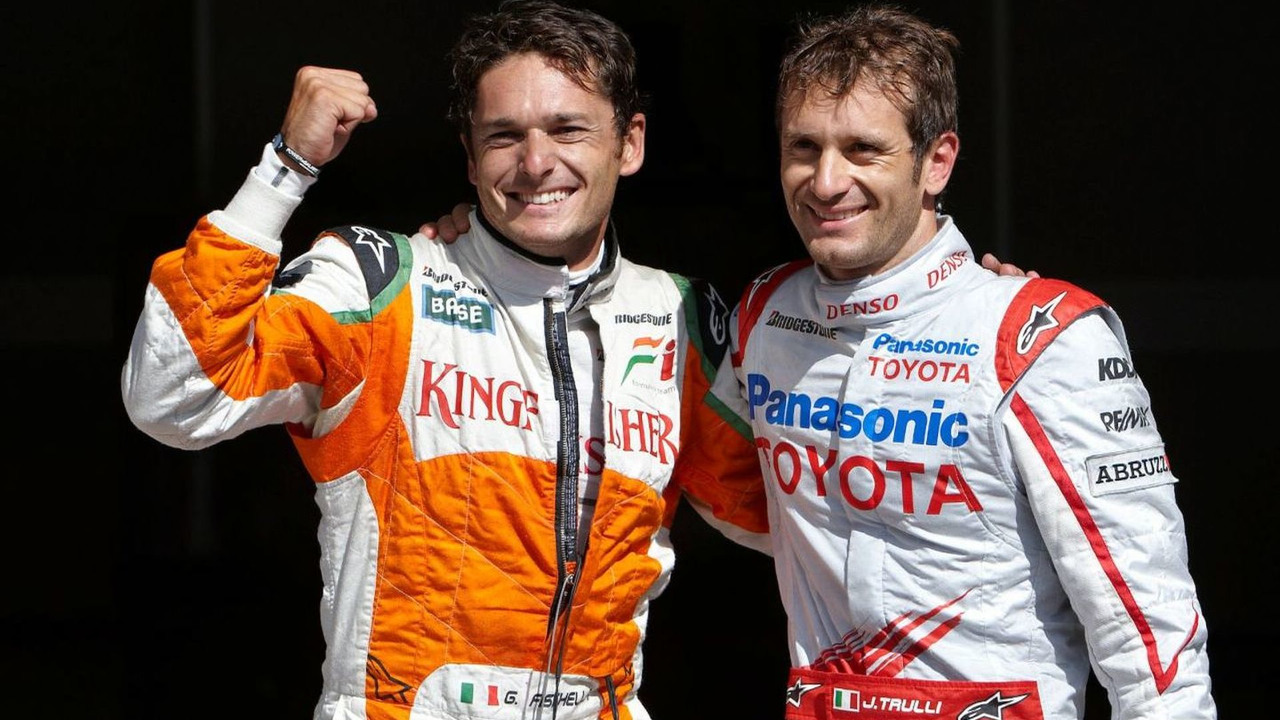 Shock pole sitter Giancarlo Fisichella was not driving the lightest car in Q3 at Spa-Francorchamps.

Shock pole sitter Giancarlo Fisichella was not driving the lightest car in Q3 at Spa-Francorchamps.

The fuel weights, mandatorily published by the FIA in the hours after qualifying, showed that the Force India driver is in fact carrying four kilograms more fuel for the start of the race than the fourth-placed Brawn driven by Rubens Barrichello.

Fisichella, 36, is however 8.5kg lighter than fellow front-row sitter Jarno Trulli, meaning it is the latter Italian veteran who must be declared the favourite for Belgian GP victory.

"It is looking pretty good for the race," agreed Trulli. "I'm very confident for tomorrow because being second in qualifying with a good fuel load, I think I'm going to have a good race."

Third placed Nick Heidfeld however is - like Trulli - also significantly fuelled, but neither have as much fuel on board as the two lower-placed Red Bulls.