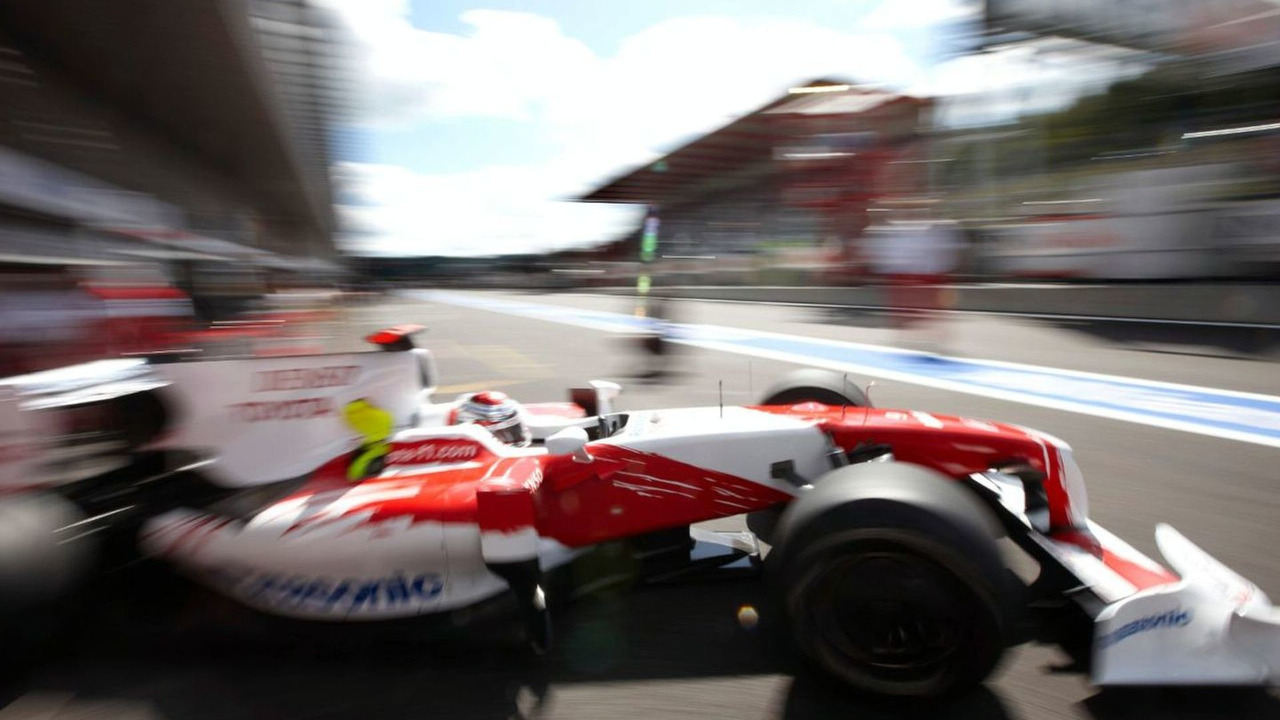 Toyota's first ever victory on Sunday might be the Cologne based team's ticket to a future in formula one.

Toyota's first ever victory on Sunday might be the Cologne based team's ticket to a future in formula one.

On a topsy-turvy grid, Jarno Trulli is a surprise second on the grid and therefore in a strong position to challenge for the Belgian grand prix win.

Toyota's future in F1 is very much in doubt, with the budget for 2010 delayed for approval until November and Japanese executives warning earlier this year that only wins in 2009 will pave the way to a future in the sport.

"I know we can win the race and I will really be pushing really, really hard because the team needs this win," said Italian Trulli, whose own future is also clouded.

With Force India's Fisichella admitting after qualifying that he had gone quite aggressive on fuel, Trulli said he was "very confident" with a "good fuel load" aboard his TF109.

"A podium won't be enough, especially to make the Japanese happy -- they want to win and I want to give them that win," he said.

"That's all I'm thinking about, so I will try really hard," Trulli added.