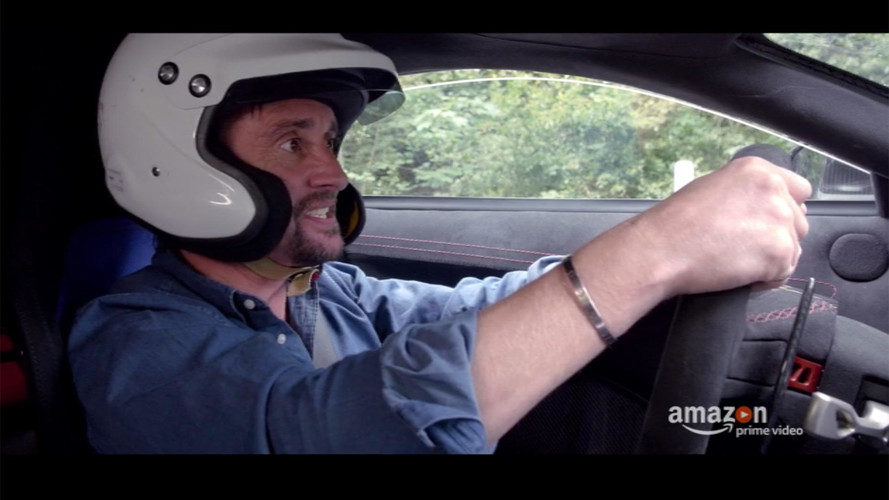 May, Hammond, and Clarkson drive everything from a tank to a TT RS.

The Grand Tour boys are back again, and from the looks of this teaser trailer, they haven’t slowed down one bit. Though filming the second episode of the show has been beset by difficulties, this This clip shows Richard Hammond, James May, and Jeremy Clarkson doing what they do best – uh, messing around.

Amazon released the teaser trailer today to coincide with Prime Day, the online retailer’s annual sales day, promising that the clip would show scenes from Switzerland, the U.K., and Mozambique. The latter locale seems to feature the guys driving off-road vehicles through muddy water. The Swiss location is where Hammond was unfortunately injured after crashing a Rimac hypercar during a hillclimb race. Though he’s now recovering, Hammond’s accident reportedly delayed production of the show; originally scheduled for October, Amazon now says only that season 2 will launch for Prime members “later this year.”

Rimac aside, what clues are hidden in this teaser trailer? At the start, we see what appears to be a sinister green Mercedes-AMG GT R. An insane tracked tank-like vehicle blasts across sand dunes in the desert. A McLaren 720S drifts around a track. A motorcycle and a pickup truck slog through muddy water. There are also glimpses of an Audi TT RS, a Lancia Rally 037, a Jaguar XJ8, and an Ariel Nomad.

We still don’t know whether The Grand Tour’s other elements will carry over for next year. For instance, will the eye-roll-inducing Celebrity Brain Crash segment continue, will the not-at-all-funny American still appear as the go-to fast driver, and will the team still shoot studio segments in a traveling tent? For now, click here to take a look at the first preview of The Grand Tour season 2.