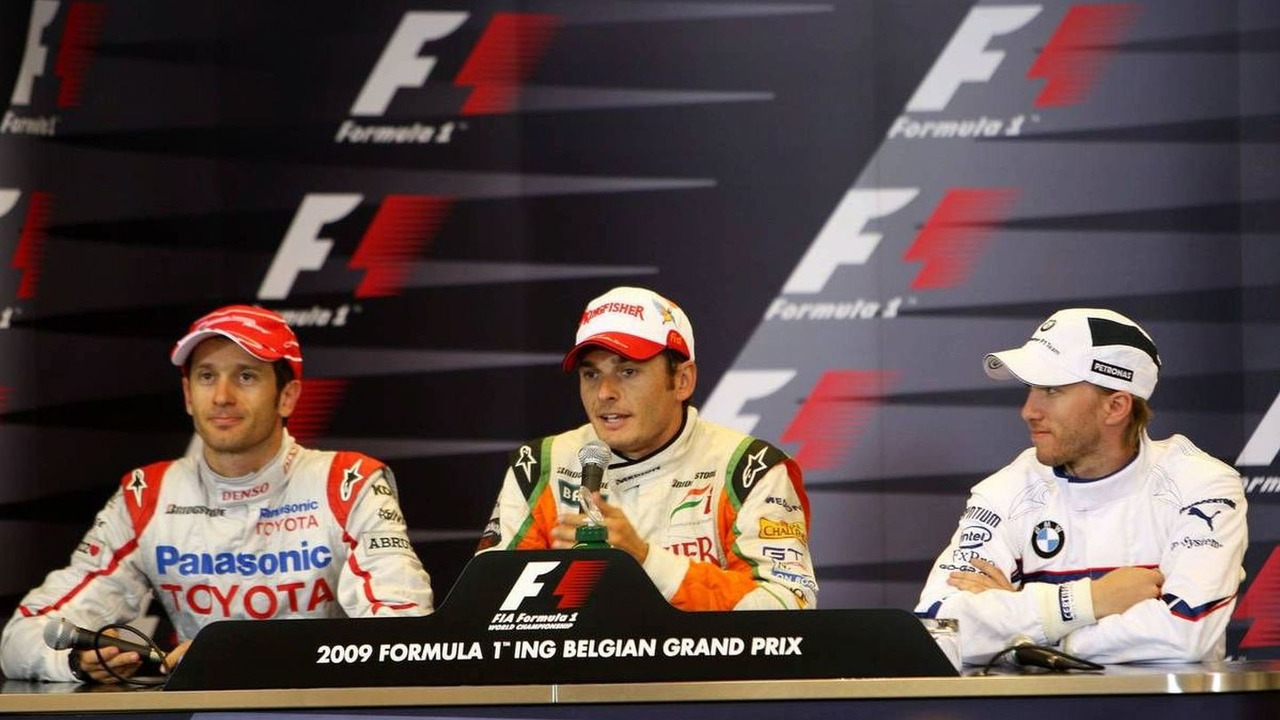 After the shock of the chequered flag in qualifying, the race began to solve the mystery of the upside-down grid order for Sunday's Belgian grand prix.

After the shock of the chequered flag in qualifying, the race began to solve the mystery of the upside-down grid order for Sunday's Belgian grand prix.

Giancarlo Fisichella has always been a Spa specialist, but it is believed the keywords of his pole position, and the strange order of the cars beneath him, were 'tyres', 'weather', 'circuit' and 'downforce'.

All factors are inextricably linked, as in the cold temperatures those teams who usually struggle to get their tyres working find that the nature of the Belgian circuit means they are the ones setting the pace in an extremely closely-matched field.

"One reason why it is so mixed here is it is a completely different track, it is a mid-downforce level," said BMW's Nick Heidfeld, who qualified third behind Toyota's Jarno Trulli.

"We usually stick on the car any (downforce) you find but not here," the German added.

Q3 fuel loads are also playing a minor role, as predicted by Ross Brawn, boss of the championship leading team whose Jenson Button qualified an awful 14th while Rubens Barrichello is fourth.

"I think the first five or six cars are strong but comparatively light," he told the German broadcaster Sky.

"Behind them are a second group with moderately heavy cars and then another group including Jenson are quite heavy," Brawn added.

The precise qualifying weights will be published by the FIA on Sunday evening.

Fisichella admits his Force India is quite light on fuel. "I think we are a little bit aggressive," said the Roman, who is being linked with the struggling Ferrari substitute Luca Badoer for forthcoming races.

"We knew for the top three it was important to do that, but don't forget I was fourth quickest in Q2. We are not so slow," he added.