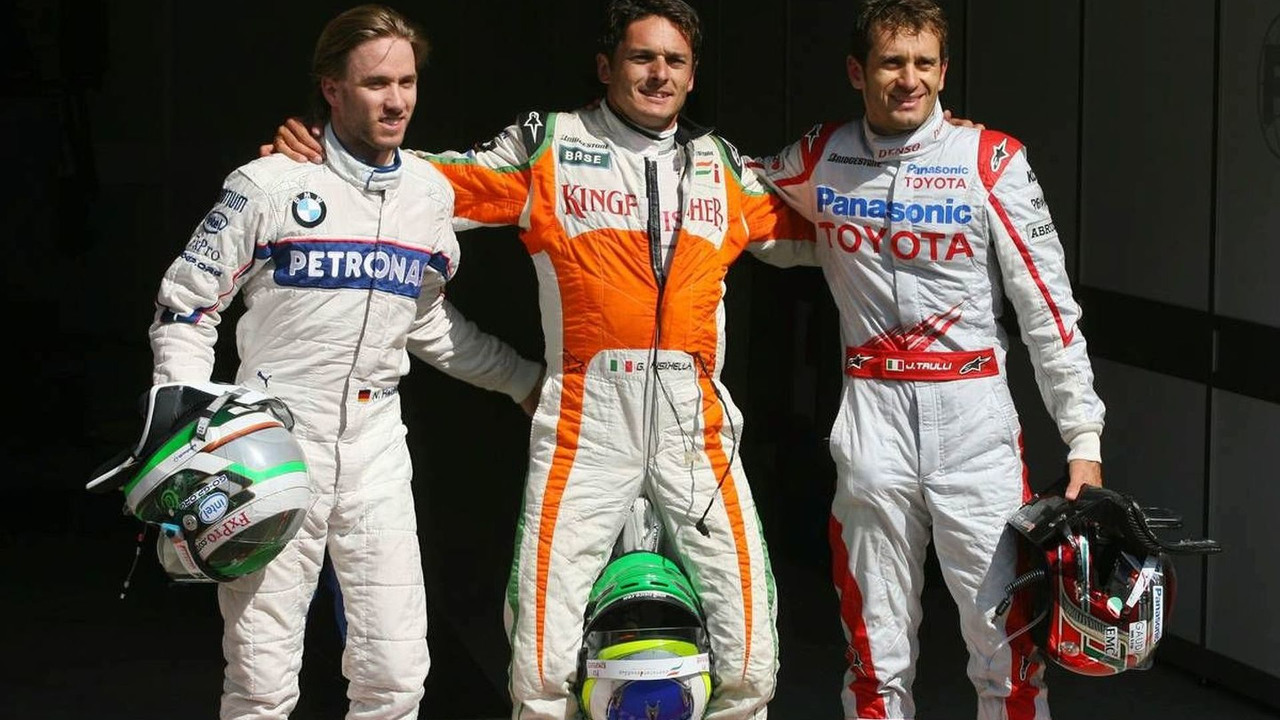 The Roman veteran, at the head of a confusingly shuffled grid order, stunned the formula one world as he took his Mercedes-powered car to the fastest time in qualifying at Spa-Francorchamps.

He might be aided by a slightly low fuel load, but the veteran driver has been genuinely quick in Belgium and was never slower than fourth throughout Saturday's decisive qualifying hour.

Almost as oddly, Toyota's Jarno Trulli joins his countryman on the front row of the grid, ahead of yet another unexpected quick man Nick Heidfeld, who had topped the morning practice session.

"It's a mystery," Trulli told reporters. "We haven't done anything on the car compared to the last few races and suddenly here we are competitive."

In terms of the title chase, the real winner of qualifying is Rubens Barrichello, as the other protagonists Sebastian Vettel (8th), Mark Webber (9th) and particularly Jenson Button (14th), all struggled.

"I didn't have any pace on the soft tyres and every time I hit the brakes, the rear would move. I did not have any confidence in the rear end," a baffled championship leader Button told BBC radio.

"It's strange to be four or five tenths off Rubens -- our cars are different, but they are not that different. It is pretty disastrous for tomorrow really," the Briton added.

Luca Badoer almost certainly participated in an official F1 session for the last time, despite looking more competitive than a week ago at Valencia.

However, the Italian still qualified dead last, and ended the Q1 session beached in the gravel.