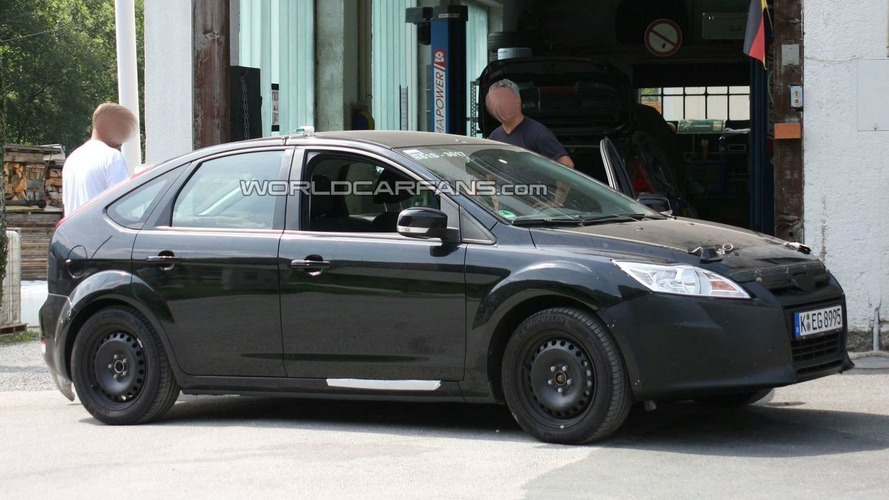 The first ever pics of the 2011 Ford Focus hatch mule surfaced, and we have the full details inside.

Spies have captured a round of photos showing the next generation Ford Focus for the first time in its hatchback glory.  Previously spotted were sedan and wagon variants, but this marks the first time that a hatchback mule has been caught on camera.  Perhaps a bit late in the development cycle for mules but the Focus is expected to go on sale in 2010 as a 2011 model year car, and should feature the choice of several different turbocharged engines.

Some say that the Ford Iosis Max concept car shown off in Geneva will be the basis for the next-gen Focus.  That could mean a car with a raised chassis and wheels that sit snuggly in the wells providing a ride that is not the most aerodynamic but great for bumpy roads and speed traps (?).  Expect to see a rounder front end, and perhaps a glass roof akin to the Citroen C3.  This is all speculative, especially since the exterior of the test mule is nothing new.

An electric version of the Focus may also be sold in the American market.  The EV is expected to have a 100-mile range making it an urban competitor to the Chevrolet Volt and a direct competitor to the MINI Cooper E.