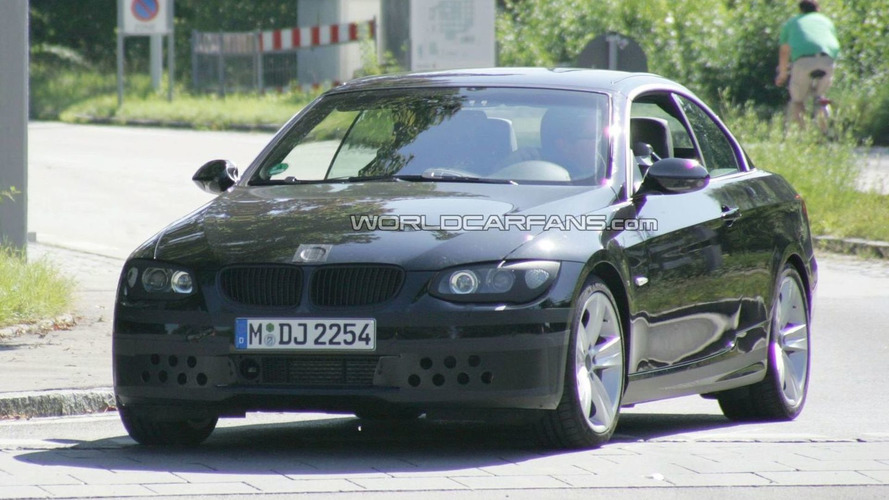 New 3-series cabriolet will debut at the Frankfurt motor show next month. Changes to the model include new bumpers, front and rear, new headlamps and LED lights for the rear.

Here are some more spy pics of the upcoming BMW 3-series convertible doing some final testing before making its public debut at the Frankfurt motor show in a few weeks.

It seems BMW is aiming for some dramatic impact for the premiere of the model given how they are still using camouflage to mask much of the front end.

Those modifications for the facelifted 3-series convertible/cabriolet include, of course, the new front bumper as well as a fresh set of headlamps, LED lights at the rear and a new rear bumper too.

Piquing curiousity will be whether BMW will be offering any new engine choices for the 3-series cabrio, something the brand has been known to do with upgrades and facelifts in order to truly put out something new.

Could BMW be considering adding its new 2.0 liter EfficientDynamics diesel with 163 hp and a consumption rating of only 4.1 liters/100 km to the 3-series cabriolet range?

We'll see what they roll out in Frankfurt.