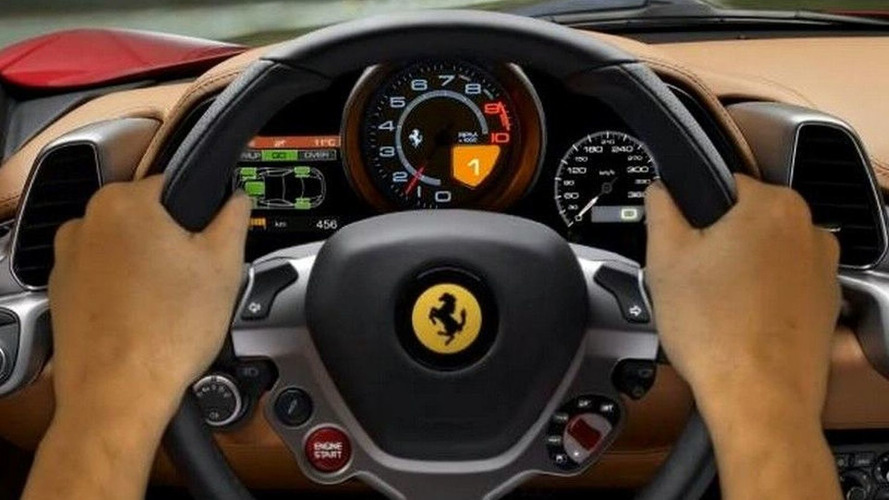 A new video and new photos of the Ferrari 458 Italia surfaced yesterday and today, showing the F430 in its full glory. Additional details are inside.

A new video featuring the rear-engined Ferrari 458 Italia was released today.  The second promotional spot has Pininfarina president Paolo Pininfarina talking about the vehicle's style, and how it augments the car's performance.

Also, the company released 11 new photos of the car on the road, and some details about the available features.

In a previous video, Ferrari executives Dany Bahar and Roberto Fedeli discussed the supercar's ability to reach 100 km/h in 3.4 seconds on its way up to a 325 km/h top speed.  The power comes from a naturally aspirated 4.5-liter V8 that uses a hefty 13.7 liters of fuel per 100 km.

Although Pininfarina says the car has a "rear engine in view," it appears to be mounted at the front of the back-end, so to speak, bordering on a mid-mounted classification.  If this is the case, the car could have an interesting weight distribution that allows for a solid off-the-line performance without sacrificing handling.

Whether or not the 458 Italia's handling will match that of the F430 remains to be seen.

Every part of the car, from the mouth to the side fins to the rear air outlets are built to improve the car's aerodynamics.  Pininfarina says, "All the design choices are driven by aerodynamics, but the final result is very light and essential."

Indeed it does.  The body helps to generate 365kg of downforce.

Ferrari also plans to roll out a new multi-function steering wheel for this car, using longer shift paddles that are easier to reach at any angle.  The "driver-oriented cockpit" was designed without any "stalks" sticking out of the steering column, instead using buttons for indicators, lights, and wipers on the wheel itself.  Bluetooth, cruise, infotainment, rear camera, and sat-nav controls are all mounted in clusters, while stereo controls are placed in back of the wheel.

Vehicle Dynamic Assistance will also be included, providing drivers with information about the brakes, engine, gearbox, and tires.  VDA and can be used in three settings, Race, CT off, and CST off, while providing three status conditions to the driver: Warm-Up, Go, and Over, for when components overheat.

You can find out more about the Ferrari 458 Italia from the two-minute video above and the press release below.  The car will be unveiled at the Frankfurt Motor Show next month.