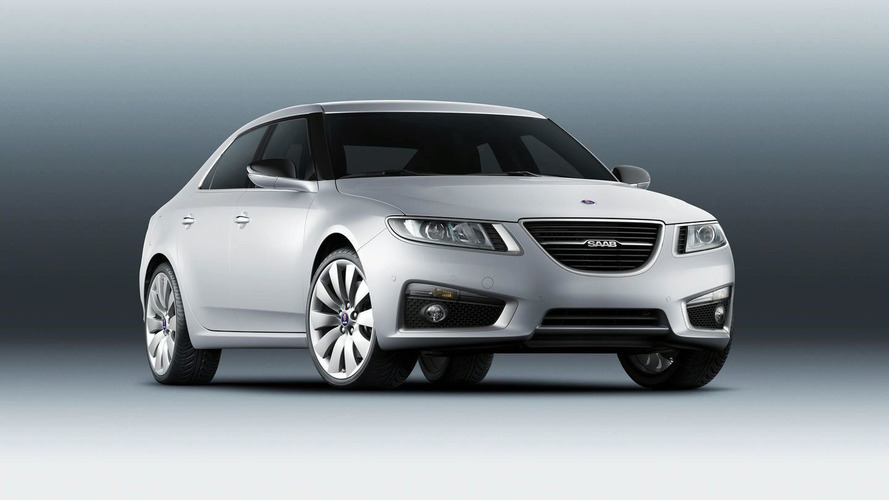 The brand new 2010 SAAB 9-5 is now officially ready to be seen by the public at the Frankfurt Motor Show. The 9-5 is the company's flagship product and promises to herald a new era for the Swedish marque's life.

SAAB is confident that its new flagship vehicle will set it off to a new and exciting future.
The brand new 9-5 which has been spied a few times over recent months is now being prepared for Frankfurt Motor Show launch.

"This car is the start of a new era for our brand," says Jan-Åke Jonsson, SAAB Automobile's Managing Director. "We have created an advanced and very distinctive product by leveraging the power of our roots in key areas, such as progressive Scandinavian design, sporty driving and responsible performance. The new 9-5 delivers in all these respects, as will every future product from Saab."

Branded as the most technically advanced SAAB ever, the new 9-5 also looks less SAAB than previous models. Its design is inspired by the Aero X concept car with its low-slung stance, its muscular build, uncluttered lines and curvaceous shapes.

Technological features include keyless entry and starting - the ignition is still located between the front seats, adaptive headlights with Bi-xenon beams, head-up display on the windscreen, an adaptive chassis with real-time damping control and SAAB's XWD with eLSD.

SAAB 9-5 passengers will be able to entertain themselves with a Harman Kardon surround sound audio system which is accessed through an 8-inch touch screen. For those who like to store their music in the car a 10GB hard drive is provided. USB and auxiliary ports are also available. Other options include a rear DVD player with its own screens and wireless headphones.