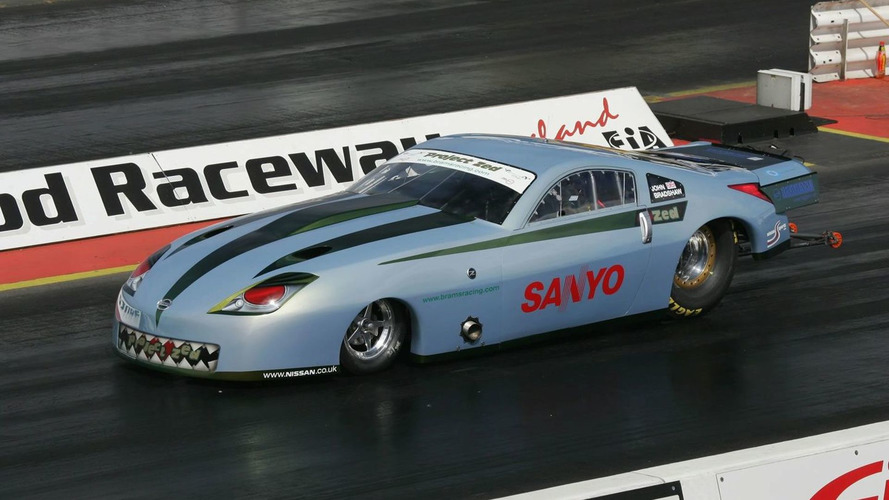 A Nissan 350Z-based dragster designed by driver John Bradshaw clocked an impressive 0-60mph time of just 1.2 seconds.  The 1,900 horsepower car set the pace in the run up to the FIA European Finals scheduled for Sept. 10-13 at Santa Pod Raceway in Northamptonshire, England.

Using a 3.5 liter V6 engine, Project Zed will be the only car with a Japanese engine in the competition.  Most of the other vehicles will use V8 engines from American manufacturers.

Don't let the fewer cylinders fool you.  The car also goes from a standstill to 168 mph in 4.1 seconds.  Bradshaw and his team have a solid drag racing history, getting a quarter-mile time of 7.68 seconds (177 mph) in a Nissan Skyline.  Dubbed Project GTST, the 1997 Skyline RWD GTST set a record for fastest Japanese car in Europe in 2008.