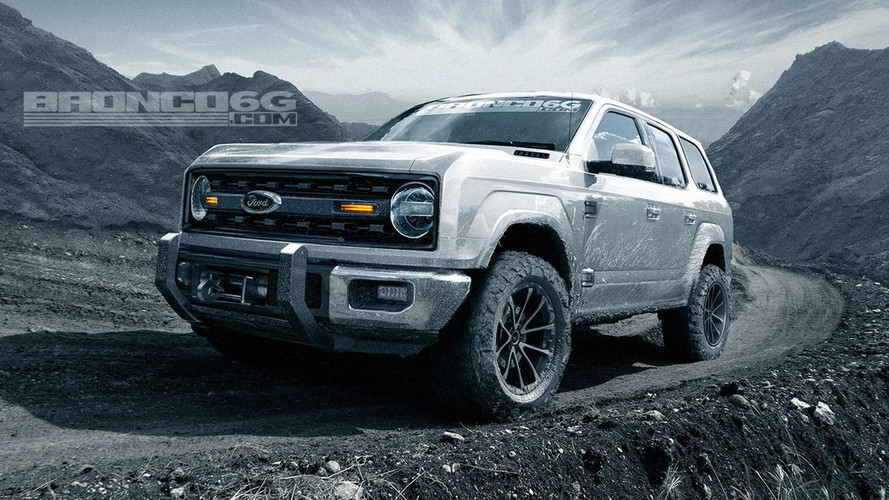 The Jeep Wrangler could have a serious competitor on the way.

The automotive rendering gurus at the Bronco6G forum are once again imagining how the much-anticipated SUV might look in 2020. This time, the images show the crossover as a four-door and imagine how the Air Roof might look.

These renderings retain the boxy aesthetic that defines the Bronco. Bronco6G’s renderings imagine the SUV with a lot of retro touches, like the classic grille, but with modern features like LED lights. With few contours or creases, the boxy design looks especially rugged.

Like the upcoming Wrangler, Ford allegedly plans to offer removable roof panels that it would call the Air Roof. The design offers a compromise between the security of a hardtop and the open-air enjoyment of a convertible. The renderings depict how the Blue Oval could offer a body-color top or contrasting black.

The Bronco has a legacy has a tough machine that can handle working off-road. To continue that reputation Ford has partnered with the specialists at Dana as a supplier for the SUV’s front and rear axles. The new Bronco should be quite adept at putting its power down off the beaten path.

Little else is known about the 2020 Bronco at this point. With the Ranger as its platform mate, expect the pair to share powertrains. This could even mean an SUV version of the high-performance Ranger that’s currently under development. Expect details about the 2020 Bronco to trickle out over time, but the best hints about its mechanicals would likely come from the 2019 Ranger’s debut.

By 2020 Bronco’s arrival, the new Jeep Wrangler will already be on the road, and the pair will be direct competitors as off-road-capable, retro-infused SUVs. The next-gen Jeep will incorporate aluminum pieces to save weight and will have a major interior update. The powertrain lineup will likely include a new turbocharged four-cylinder and revised V6.  As competition against the Ranger, the Wrangler pickup will join the lineup around 2019.