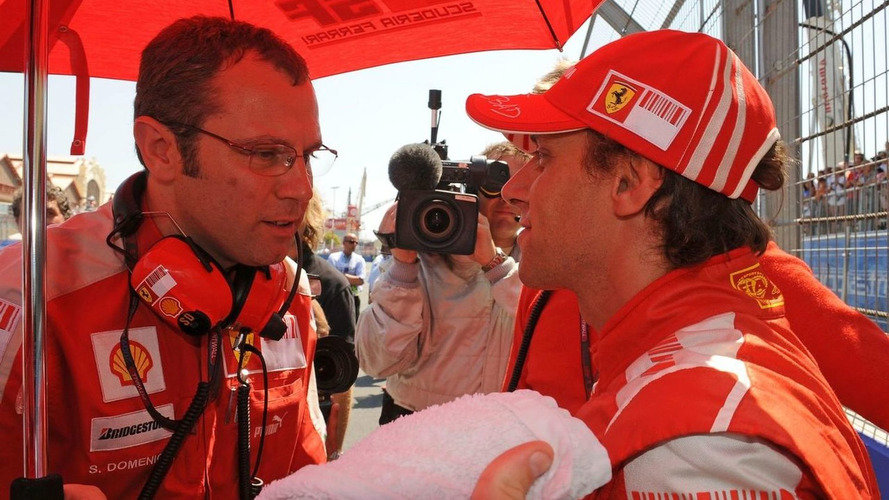 Ferrari on Sunday confirmed that Luca Badoer will contest his second grand prix for the Italian team this coming weekend in Belgium.

Ferrari on Sunday confirmed that Luca Badoer will contest his second grand prix for the Italian team this coming weekend in Belgium.

The team's 38-year-old test driver struggled notably at the wheel of injured Felipe Massa's car at Valencia, qualifying last and then finishing seventeenth while his teammate Kimi Raikkonen took the other F60 to the podium.

Moreover, Badoer made mistakes throughout his first F1 weekend since 1999, featuring four pitlane speeding fines on Friday, being overtaken in the pitlane during the race, and incurring a drive-through penalty for crossing the pit-exit white line.

Even so, team boss Stefano Domenicali on Sunday said Badoer retains the drive for the second leg of the double-header at Spa-Francorchamps this weekend.

"Luca managed to finish the race, thus completing this learning weekend, which served as an introduction course prior to tackling the Belgian weekend in the best way possible, next weekend," he said in a team document.

Badoer commented: "I am looking forward to Spa with confidence: it's a track I know and I will also be able to count on the experience gained this weekend."

Ferrari's chief engineer Chris Dyer said Sunday was another difficult day for Badoer, but noted the improvement he has made throughout the weekend.

"It should be stressed how much he improved, continuously day by day, lap after lap," said the Australian.

"We are confident that he will find himself in much better shape next weekend in Belgium," Dyer added.