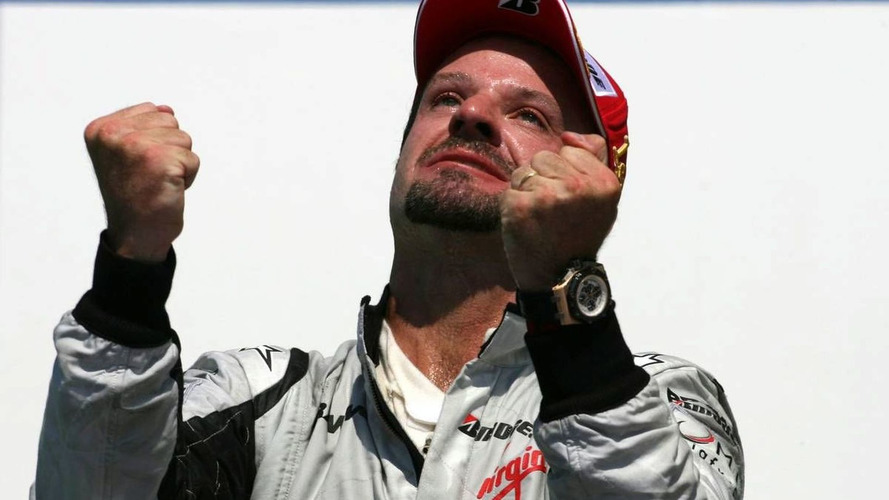 Having recently raised the prospect of retirement, Rubens Barrichello on Sunday said he now wants to prolong his record-setting formula one career.

Having recently raised the prospect of retirement, Rubens Barrichello on Sunday said he now wants to prolong his record-setting formula one career.

After a five-year winning drought, the oldest regular driver on the grid broke through with a strong victory at Valencia and declared he wants to add a seventeenth consecutive season to his unprecedented tally of approaching 300 grands prix.

Last month, Barrichello admitted that "five per cent" of his feeling when thinking about extending his career into 2010 is "why do you need it?"

But he said on Sunday: "I wish to carry on."

Barrichello admitted the 2010 driver market is currently a complicated one.

"It's early, there's lots of talking because of Alonso and this and that but it takes me 15 minutes to get out of the circuit because I talk to everyone and I love to talk to everyone, so I'm really leaving my chances open for next year," said the Brazilian.

Many had written him off prior to Ross Brawn re-signing him for the 2009 season, but Barrichello insists he has never driven better.

"There has not been a time in my life which I have loved more than racing and driving now and I think I'm doing a really good job. At 37 I think I have reached the peak of my driving," he had said on Saturday.

Brawn said on Friday that he was currently "in discussions with our drivers".

"We are obviously very happy with their performance this year and it is not appropriate for me to talk about what we are doing with our drivers at the moment," he added.

Barrichello drove with Felipe Massa's yellow and green colours at the top of his helmet this weekend, along with the message 'See you on track soon!'

He dedicated his Valencia win to his recovering countryman and friend, who won at the Spanish circuit a year ago, and said Massa even gave him some advice when he visited him in Sao Paulo last week.

"He told me about lines for this race and for sure they did help, because he was superb here last year and so I watched the race after we'd spoken," Barrichello revealed.