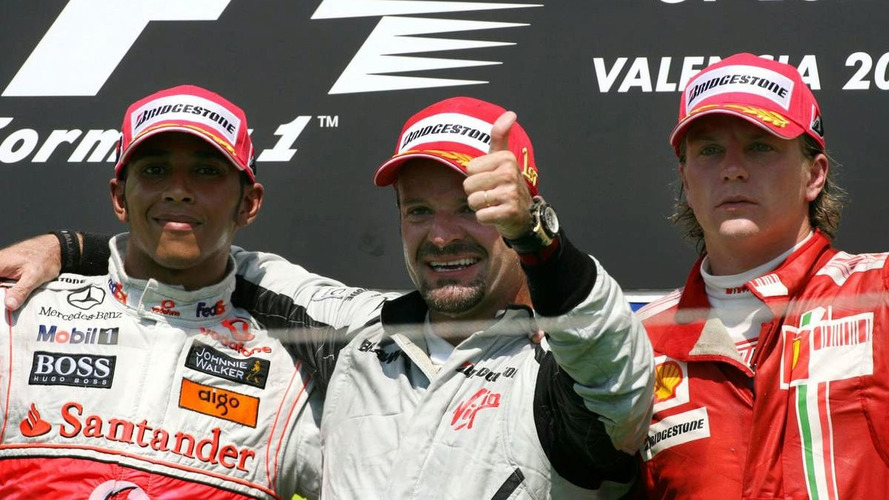 Brawn's veteran Barrichello, who overtakes Mark Webber to be second in the drivers' championship, was on top form on the Spanish street track, having started from third and jumping Heikki Kovalainen through the first stops.

Carrying a tribute to the recovering Felipe Massa on the top of his helmet, Barrichello was then endangering Hamilton's lead until the McLaren driver pitted only to discover his crew, who took nearly 14 seconds to service the reigning world champion, was not ready with tyres.

Speaking afterwards with the BBC, team boss Martin Whitmarsh defended the error. "We had to make a late call, it was an operational error (but it) didn't cost us victory; we didn't have the race pace."

Hamilton was visibly disappointed but refused to hit out at his McLaren colleagues. "These things happen," said the 24-year-old.

"I've had so many races with this team and this has very rarely happened. They deserve a pat on the back and, regardless, we need to catch these guys (Brawn) up because there are genuinely a bit quicker than us."

Although Barrichello was strong, his teammate and championship leader Jenson Button had another bad race and finished just seventh, but the blow was cushioned by the fact that neither Red Bull scored a single point.

"What is it, 18 points (over Barrichello)?" Button enquired of his continuing lead. "It's still a big gap so it's not too bad."

Mark Webber's weekend to forget continued on Sunday and he raced to ninth, while Sebastian Vettel retired with yet another Renault engine failure.

"Too many issues," said the German driver. "At the first stop we did not get fuel in the car so the race was lost then. After that we had the (engine) failure.

"I will fight for the championship until the end but days like this ... not finishing the race is not a good thing," Vettel, who will be dangerously close to his full allocation of eight engines towards the end of the season, added.