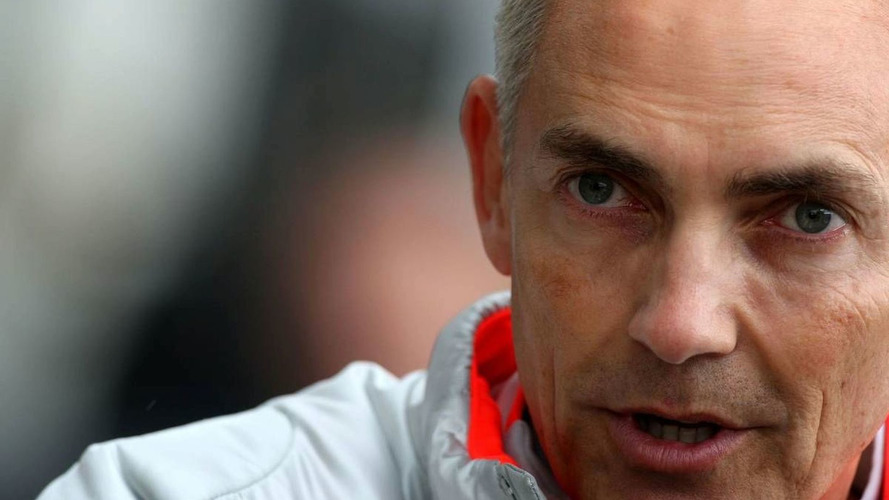 Martin Whitmarsh has singled out Fernando Alonso's acrimonious departure at the end of 2007 as a "massive regret" of his 20-year McLaren career.

Martin Whitmarsh has singled out Fernando Alonso's acrimonious departure at the end of 2007 as a "massive regret" of his 20-year McLaren career.

Whitmarsh, now team principal, was Ron Dennis' deputy two years ago, when Spaniard Alonso notoriously clashed with Dennis and rookie Lewis Hamilton and fled back to Renault after a single season under Mercedes power.

"A massive regret to me is losing a star like Fernando," Whitmarsh told the German news agency DPA. "He's one of the greatest racing drivers. I regret that we didn't make it work: we failed to manage the situation.

"This a good team, he is a good driver. We could have had more success than we've had."

His praise of double world champion Alonso, 27, is not an immediate bid to woo the driver back to McLaren, given that at Valencia on Friday he said confidently that Alonso is bound for Ferrari in 2010.

Whitmarsh is however running McLaren with a different style to that of his predecessor Dennis, and it seems reuniting with a driver like Alonso cannot now be ruled out.

"Sometimes we've been too arrogant, we have to accept it," he admitted. "I have been always very open in the company, my style is completely open."