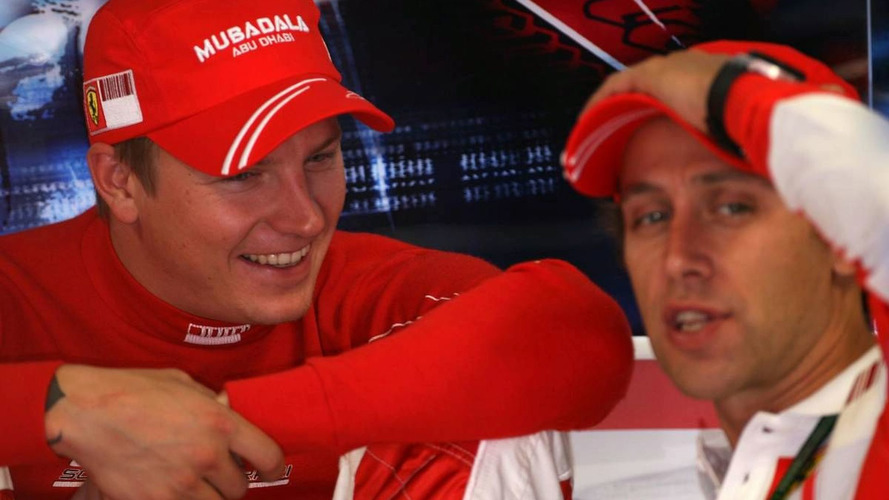 With Romain Grosjean and Luca Badoer in at the deep end this weekend, their teammates could be set to play a crucial role.

With Romain Grosjean and Luca Badoer in at the deep end this weekend, their teammates could be set to play a crucial role.

Amid the in-season testing ban, both men are racing this weekend in less than ideal circumstances: rookie Grosjean straight in from GP2, and Badoer after a ten-year absence from the formula one grid.

Both, however, have highly rated teammates on the other side of their respective garages: double world champion Fernando Alonso in the case of Renault's Grosjean, and 2007 title winner Kimi Raikkonen alongside Badoer at Ferrari.

But when asked whether he is taking an active role in helping 38-year-old Badoer to re-acclimatise to F1 action, Finn Raikkonen told reporters: "No, I was busy with my own things but if he needs we can talk later. For sure he has the help that he needs (from the team)."

Badoer, two and a half seconds off Raikkonen's pace in the morning and 1.3 seconds slower in the afternoon, said he is not concerned about his new teammate's apparent unhelpfulness.

"We've got an excellent relationship and I'm sure that we'll work very well together as teammates. He's got his character, but that's nothing new; I feel very good when we're together," he said.

There was a more positive story coming out of the new Renault pairing, but Alonso admitted that he has had little input on Grosjean's preparations so far.

"I can't really help with anything in particular but I told him this morning that if there is anything, just ask -- I am ready to help you in these first days," said the Spaniard. "At the moment he hasn't asked me."

Grosjean, 23, said he thinks sharing a garage with Alonso is a good way to start his F1 career.

"He is maybe the best driver in formula one, we already get on well and because he has so much experience I know there is a lot I can learn from him," said the French-Swiss.