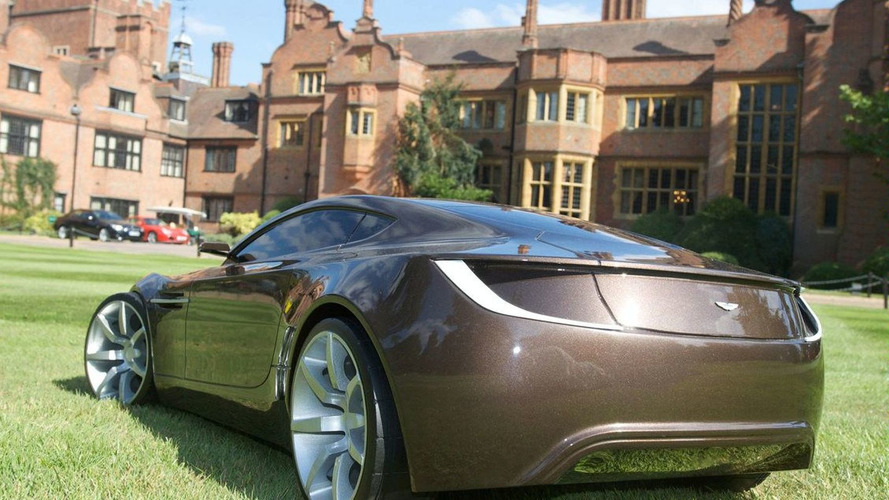 A recent automotive design graduate shares with us his ideas for the Aston Martin Volare concept, which runs on alternative fuels. We have the details inside.

2009 Coventry University graduate James Trim sent in his idea for a new luxury sports car.  The automotive designer drafted this, the Aston Martin Volare concept, and sent us the sketches.

His idea is a two-seater vehicle that runs on a center-mounted "high-power fuel cell stack," also working with a rear-mounted battery pack.  The energy powers the front wheels via a coaxial electric motor.  Fuel is stored in two separate hydrogen tanks over the rear axle.  Trim argues that this layout provides an optimum weight distribution for the Volare.

He also says that, despite the use of alternative fuels, the car would still maintain the brand's "fantastic sound and outright performance."

Clearly, the car maintains some influences from the Aston Martin DBS, including a plunging roofline but with a rounder rear.  The bulging front wheel arches look more Corvette than Aston, and Trim says his solid front grille is derived from a classic V8 Vantage.  We don't see the relation to older vehicles here, as the solid look is more futuristic than old-timey.

Still, the vehicle is a nice effort, and Trim shows quite a bit of promise.  We wish him the best in his post-grad efforts, and hope he keeps us in the loop on future projects.